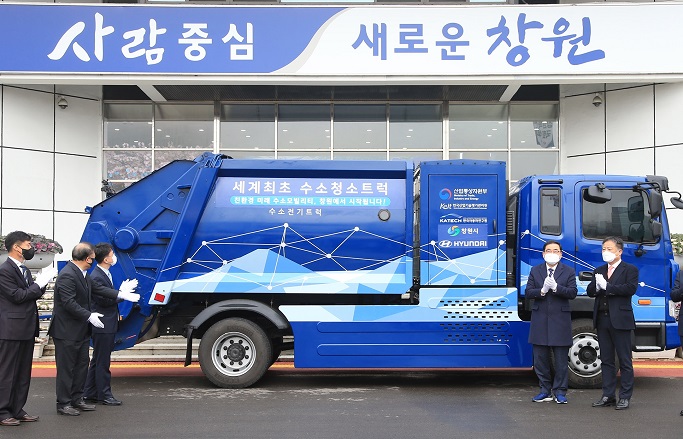 Last May, Changwon signed an agreement with the Ministry of Trade, Industry and Energy, the Korea Automotive Technology Institute, and Hyundai Motor to operate the world’s first 5-ton hydrogen garbage truck. 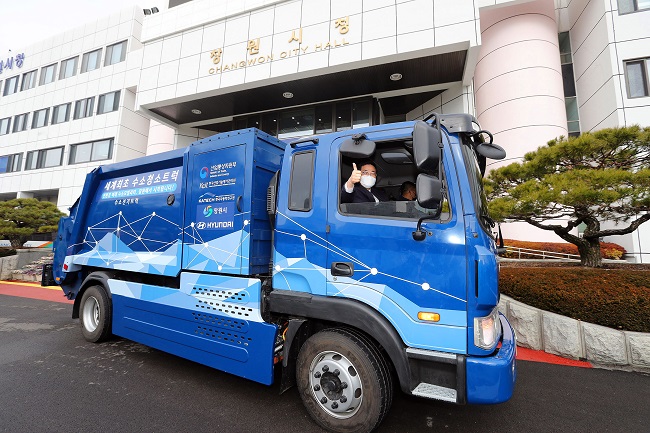 The truck’s exterior design is identical to other garbage trucks, except for the fact that it runs on electricity, instead of gasoline, generated by hydrogen combined with oxygen.

Since it does not have an engine, the truck is both noise and emission-free, and has a range of 346 kilometers on a tank of 25 kilograms of hydrogen.