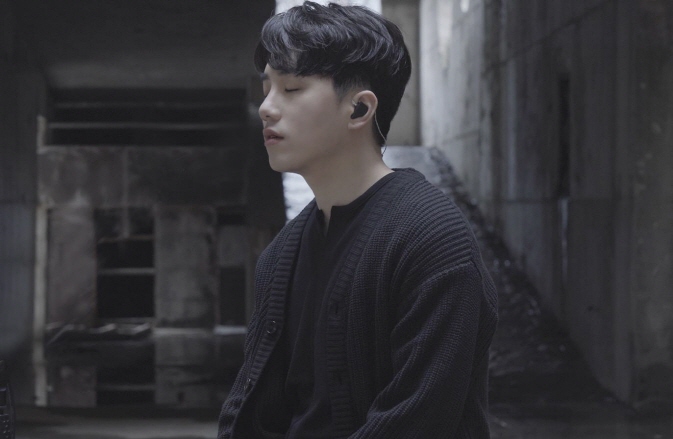 This image of Nilo comes from Limez Entertainment.

SEOUL, Jan. 8 (Korea Bizwire) — In the whirlwind of A-list K-pop groups’ releases in April 2018, a unlikely 2017 ballad topped the charts of major online music stores, raising many a fan’s eyebrows.

Even amid the heated competition between such top-rung bands as TWICE, WINNER and EXO-CBX, a subunit of EXO, who dropped new albums that season, newcomer Nilo took the highly competitive top spot of various online music charts with the ballad “Pass By,” released a year earlier.

This apparent incongruity led many to suspect manipulation of the chart-topping song’s figures, and Nilo’s management agency asked the Ministry of Culture, Sports and Tourism to look into the case in protest against the relentless suspicion that year.

Since then, suspicions of online music chart manipulation, thought to be driven by the “hoarding” of downloads and streaming, have nagged the industry.

Under the current law on promotion in the music industry, stockpiling music CDs, downloads and streams is subject to a prison sentence of up to two years or a fine of up to 20 million won (US$17,077).

But in practice, no one has been punished so far, with online chart manipulation cases remaining very hard to prove.

The issue came to the fore again when Park Kyung, a music producer and member of K-pop band Block B, came forward in November to name various musicians as having had their chart data manipulated.

The accused artists, including ballad buo Vibe, denied the allegation and filed a lawsuit against Park.

The TV program suggested a connection between some management agencies of K-pop artists and technicians who used automation software to stream the songs of certain artists in large quantities to drive up their chart rankings.

In an interview with the program, K-pop rapper and producer Tiger JK said he believes such illegal music hoarding is in fact taking place.

“It does not come as a surprise to me because I have received such offers for a long time,” Tiger JK said. But he rejected proposals to have his songs driven up in the charts for 100 million won.

He expressed his indignation at the practice in his 2015 hip hop song “I Know.”

Online music charts are one of a small number of visible indicators of an artist’s popularity. A song’s entry into major online charts often draws many of the website’s subscribers, sharply boosting the artist’s income.

Such success in turn leads to a rise in the artist’s profits in other areas, including concerts.

“High scores on music charts could open the way for artists to earn higher concert and advertisement income, as well as secure an entrance to overseas markets,” Shin Sang-kyu, an official at Dreamus, the operator of music streaming service Flo, said during a seminar on the chart manipulation issue last month.

An artificial entry into the charts by a undeserving song also takes away income that should have gone to other artists, disrupting the K-pop ecosystem.

“Unjustly (marketed) songs on music charts eventually pocket the profits that should have gone to other artists, resulting in major unfair practice,” said Hong Se-hee, an official at Genie Music, another major music streaming service, in the same seminar. 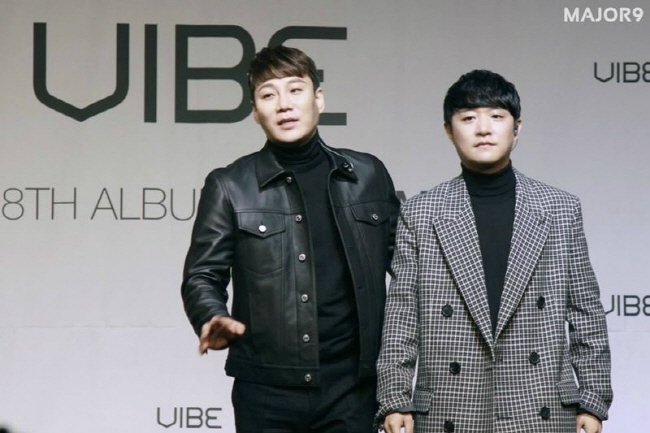 This image of singing duo Vibe comes from Major9 Entertainment.

The problem is, however, that it is impossible to track down music hoarding operations.

Many music industry insiders have called on streaming service providers to open up their internal chart-compiling processes and data to resolve the controversy.

“We have carried out investigations internally, but so far we have not been able to come up with any patterns that could be linked to music hoarding,” Hong added.

“It is difficult to judge whether there was in fact hoarding or not,” the ministry said in its conclusion of the probe, sent to Nilo’s management agency and the press.

Against such a backdrop, suspicions of chart manipulation continue to trouble K-pop.

BTS leader RM briefly touched upon the issue when he took the podium to receive the Album of the Year award at the 34th Golden Disc Awards ceremony at Seoul’s Gocheok Sky Dome on Sunday.

“There are so many artists who work in earnest behind the scenes. … I wish that in the year 2020, their fairness, effort and sincerity do not become futile and they reach out to impress many people.”

As the music industry and the culture ministry are failing to resolve the dispute on their own, the issue is likely to go to law enforcement agencies soon.

Protesting the latest “Unanswered Questions” accusation about Vibe and other artists on its list, management agency Major9 on Tuesday vowed to take the program to the Press Arbitration Commission for a settlement and called for a joint investigation into the controversy by government bodies and music streaming operators.

In October, a group of associations of K-pop creators and management agencies pledged to review a request to the police or prosecution to investigate suspected hoarding cases, while the culture ministry has also said it will share the results of its unfruitful probe into Nilo’s case with law enforcement agencies.