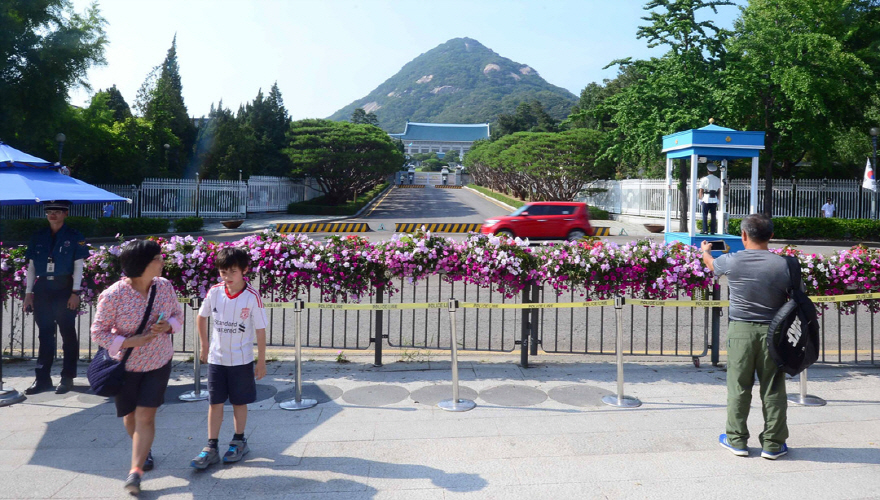 SEOUL, Jun. 23 (Korea Bizwire) — Starting next week, anyone, including foreign tourists, will be able to drive or walk near South Korea’s presidential office Cheong Wa Dae at all hours, the office announced Thursday.

Currently, the only road leading to Cheong Wa Dae is closed off to public access from 8 p.m. to 5:30 a.m. every day.

The late night curfew has been in place since 1968, when a group of 31 North Korean commandos infiltrated Seoul on a mission to assassinate then South Korean leader Park Chung-hee.

“We could have opened the road to the public earlier had we been more capable,” Joo Young-hoon, chief of the Presidential Security Service, told a press briefing.

Joo also offered an apology to the people who live near the presidential office, noting their access and daily conveniences must have been affected over the past 50 years.

Starting Monday, the road will be open 24 hours a day unless there is a reason to temporarily shut it down, he said.

Marking the first authorized access to the road by the general public in nearly 50 years, an event, titled Late Night Walk, will be held Monday, involving the chief of the secret service and many others, including ordinary citizens.

Also starting next week, visitors will be allowed to take pictures while using the presidential office as a background.

However, taking photos of restricted areas and security-related facilities will continue to be prohibited, Joo said.