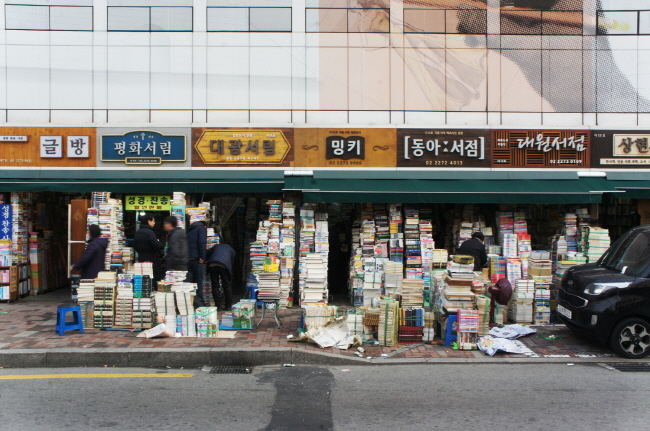 SEOUL, Jan. 10 (Korea Bizwire) — The Cheonggyecheon Secondhand Book Street in Seoul was found to be visited by an average of 2.65 million people every month.

SG lab, a real estate analysis agency, reported that, as of November, a floating population of 85,532 people have visited the area each day, which is about 2.65 million people per month. 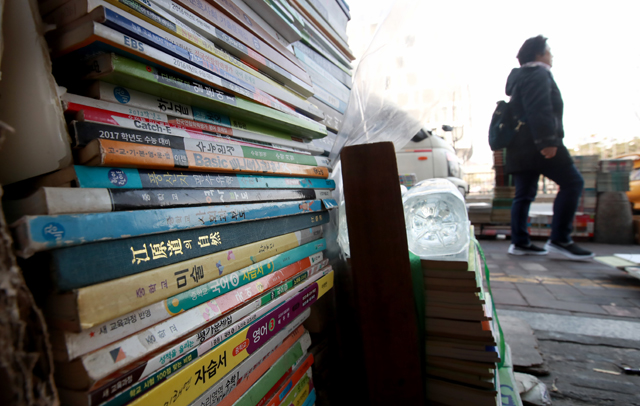 Situated along the Cheonggye Stream that flows through the center of the metropolis, the bookstore street is home to 18 mini-shops featuring a wide assortment of used and antique books on numerous topics, including politics, religion, arts and sports, just to name a few.

Last September, each bookstore generated an average of 34.7 million won (US$29,900) in sales, up by 201.74 percent since the previous month, making an additional profit of 25.3 million won compared to average bookstore sales in Jung District. 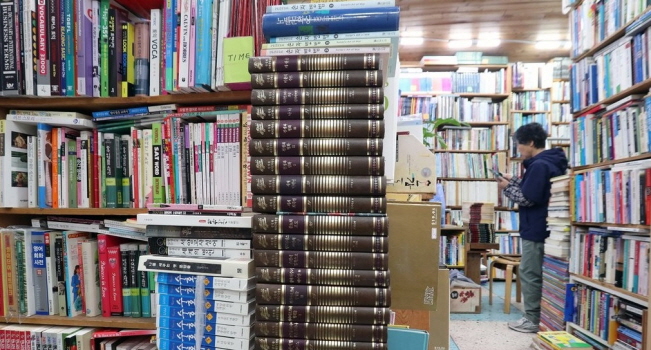 At 91.4 percent, the vast majority of customers were women. Customers over 60 years of age accounted for 88.5 percent of all book sales.

“On top of those who go to bookstores to buy books, there are others who visit the stores to reminisce the old times, which also makes a significant contribution to local sales,” said Cho Hyun-taek, a researcher at SG lab.