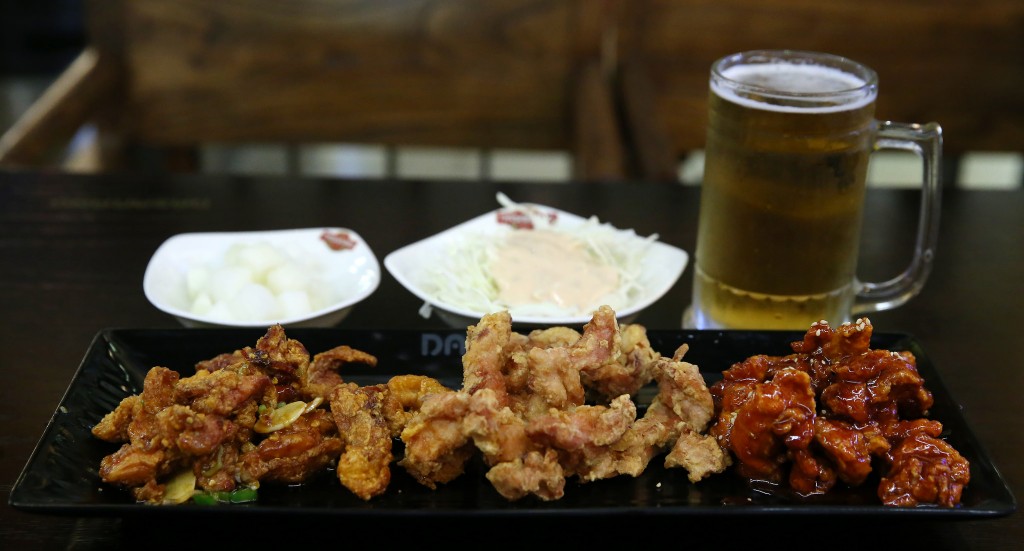 Chimaek (a Korean abbreviation for fried chicken and beer), is one of Korea’s most popular food cultures. (image: Wikipedia)

SEOUL, May 4 (Korea Bizwire) – Fried chicken with cold beer, also known as chimaek (a Korean abbreviation for fried chicken and beer), is one of Korea’s most popular food cultures. The pairing has also gained popularity in China through Korean movies and TV dramas.

Chimaek is now an essential part of Korean tourism, and breweries are going all out in marketing their products to Chinese tourists vacationing in Korea.

Liquor companies are teaming up with Chinese companies that send their employees to Korea on paid vacations.

In March of this year, Hite Jinro, a leading distiller in Korea, held a special event for 4,500 Chinese tourists from Aurance Group at Wolmido Culture Street in Incheon, offering 4,000 cans of free beer.

The company is holding similar events for Chinese tourists from Zhongmai Group on May 6 and 10 at Dalbit Square by the Han River in Seoul. Hite Jinro is also offering free postcards of Song Joong-ki, who has gained tremendous popularity in the past few months thanks to the hit drama ‘Descendants of the Sun’. Singer Lyn, who sang one of the songs from the show’s soundtrack, will also be performing. Hite Jinro will provide up to 8,000 cans of free beer during the events.

Hite Jinro’s biggest competitor, Oriental Brewery (OB), will participate in the Daegu Chimaek Festival. The festival, which will be held from July 27 to 31, is a local event that is also well known among Chinese tourists and foreigners.

As the popularity of chimaek culture continues to grow in China, liquor companies are scrambling to gather information about planned Chinese company retreats in Korea.