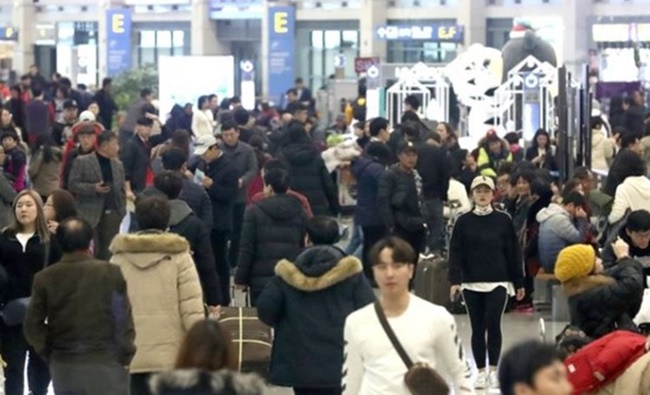 The tourists were supposed to leave for South Korea on Friday in a trip arranged by Haitao Travel, a Chinese tour operator, according to the sources. (Image: Yonhap)

The tourists were supposed to leave for South Korea on Friday in a trip arranged by Haitao Travel, a Chinese tour operator, according to the sources.

Chinese citizens are required to win approval from their authorities for group tours.

It remains unclear why China did not give a green light to Haitao Travel’s second planned group tour program to South Korea.

Officials of Haitao Travel were not immediately reached for comment.

In March, Beijing slapped a comprehensive ban on local agencies from selling tour packages to South Korea in apparent retaliation against Seoul’s decision to deploy a U.S. anti-missile system.

China partially lifted the ban last month by allowing tour agencies in Beijing and Shandong to resume trips to the neighboring country.

Major Chinese travel agencies, meanwhile, are known to be selling South Korea-bound tours for January and February without problems, the sources said.

China claims the U.S. missile defense system could hurt its security interests. Still, Seoul and Washington have dismissed such concerns, saying the U.S. missile shield is defensive in nature and focuses only on North Korea’s missile activities.

The Bank of Korea said earlier this month that South Korea suffered a loss of 5 trillion won (US$4.6 billion) this year due to the decreasing number of Chinese tourists.

Last year, Chinese nationals accounted for nearly half of the 17 million foreigners who visited South Korea.