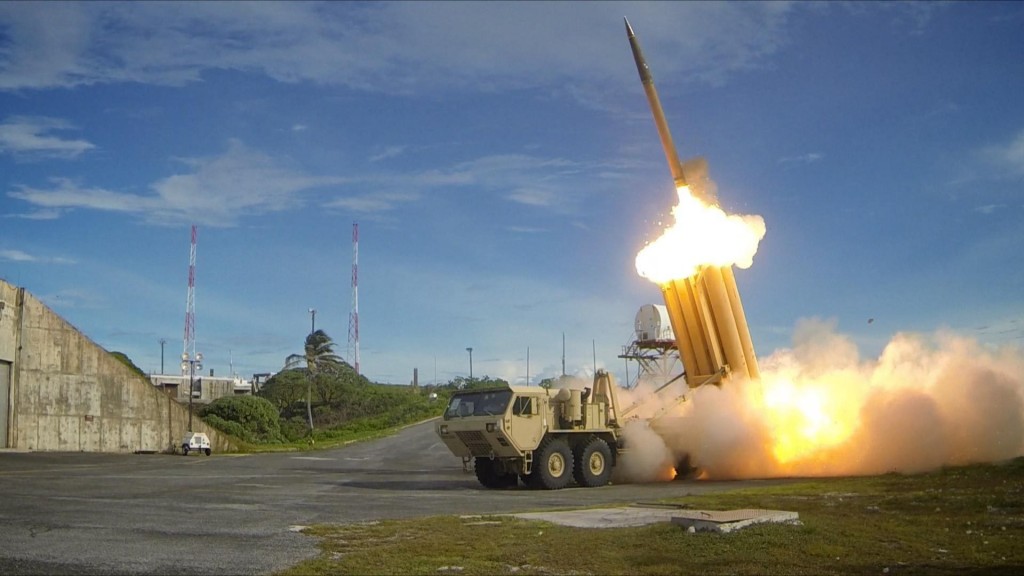 China has protested the deployment of the U.S. anti-missile system, arguing that the move can undermine regional peace and security. (image: Wikimedia)

According to the Chinese culture ministry’s official website, not a single South Korean star has obtained Beijing’s permission to perform in the country since October.

“There has been no performance by Korean Wave stars in China since last month,” a Beijing source close to the matter confirmed. “The anti-sentiment for Korean pop cultural content (among Chinese officials) discouraged the applications, but the major cause for the cutoff seems to be the Chinese government’s refusal to approve such events,” the source added.

China has protested the deployment of the U.S. anti-missile system, arguing that the move can undermine regional peace and security.

The alleged Chinese retaliation instantly began via the entertainment industry, largely by shutting out Korean celebrities and entertainment content from the Mandarin cultural industry. With no change of attitude from the South Korean government, China appears to have recently intensified the measure.

Recent “rumors” of the Chinese government’s antipathy for Korean pop content have been reported on by multiple local Chinese media sources. News coverage of Korean celebrities and reviews of Korean films have virtually disappeared from Chinese TV and newspapers.

A Chinese company was fined 100,000 yuan (US$14,500) for trying to push a K-pop performance event by a South Korean idol group without gaining government approval. The fined company was known to have invited the K-pop band for a local festival and started selling tickets for a month before being penalized.

In addition to the fine, the company was ordered to refund twice the amount of the ticket price to anyone who bought them.

“The (Chinese) government has sent out warnings that all performances by Korean stars must gain government approval before performing or selling tickets, or they will be subject to large fines and cancellation of their entertainment licenses,” a local source said.