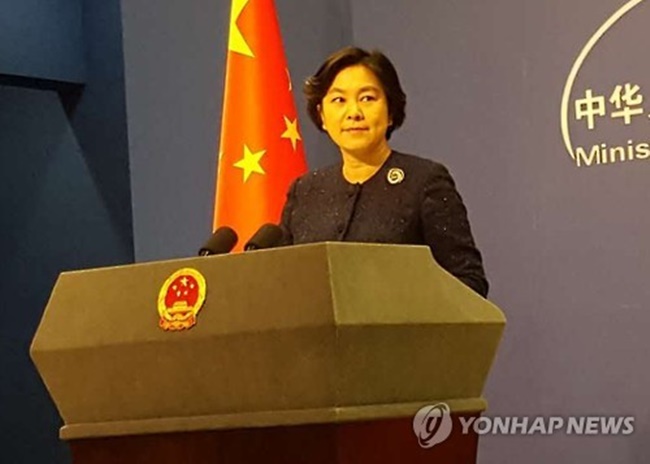 BEIJING, June 8 (Korea Bizwire) – China urged North Korea not to escalate tensions after the country launched what are believed to be several cruise missiles.

“Under the current environment, the countries concerned should not provoke each other or take any action that could escalate regional tensions,” China’s foreign ministry spokeswoman Hua Chunying said in a briefing. “The countries should make joint efforts to ease tensions and work toward regional stability,” she also said.

Earlier in the day, North Korea fired off what the South Korean military said were several short-range ground-to-ship projectiles toward the East Sea from the eastern coastal city of Wonsan. They were said to have flown some 200 kilometers.

The Chinese official’s comments were in response to a query if the launch is in breach of the United Nations Security Council’s rules.

“We are closely watching related news reports and taking note of varying reports on the nature of the fired projectiles,” she said, reminding that UNSC resolutions deal with North Korea’s ballistic missile technology development and its related activities.