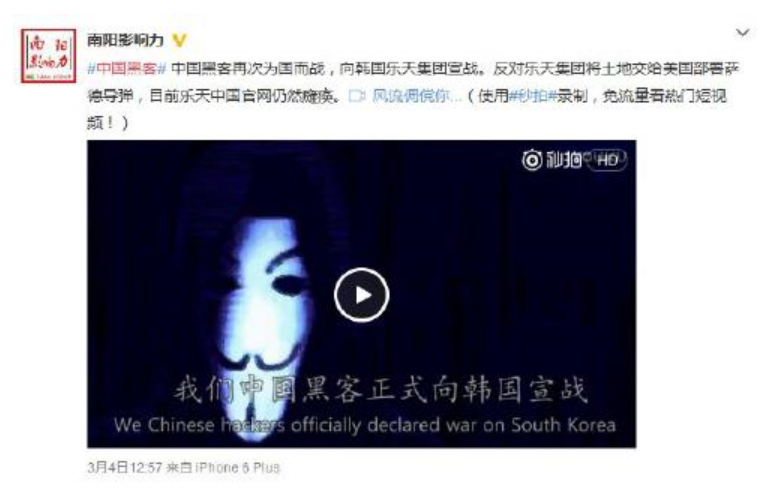 an unidntified hacker from China declares a war on South Korea and Lotte in a video (Image: Yonhap)

CHINA, March 8 (Korea Bizwire) – Chinese hackers have officially declared online war on South Korea and Lotte, one of its biggest conglomerates, in what appears to be retaliation against the deployment of the controversial THAAD missile-defense system.

An unidentified masked man appeared in a video uploaded on Yuku, the Chinese equivalent of Youtube, where he claimed South Korea officially declared war on China, singling out Lotte Group, a company that agreed to sell land to the government for the deployment of the politically charged missile defense system.

Speculation on Weibo, also known as the ‘Chinese Twitter’ swirled around the anonymous hacker group’s move to target South Korea since last Friday.