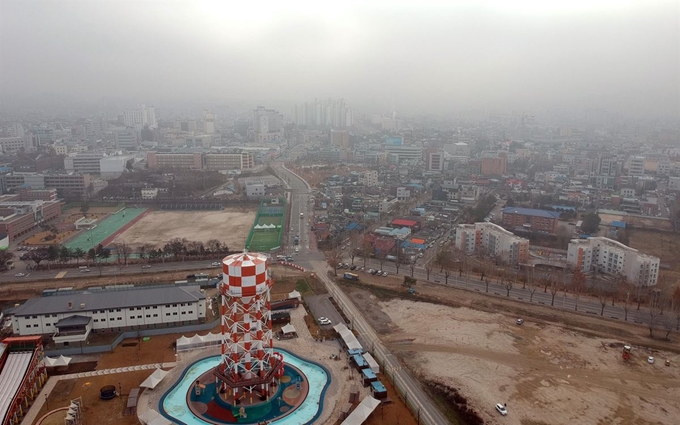 The forest will be created on the site of a shuttered U.S. military base downtown. (image: Yonhap)

CHUNCHEON, Jan. 10 (Korea Bizwire) — The city of Chuncheon in Gangwon Province announced on January 9 that it will create a forest to prevent air pollution caused increasing fine dust emissions.

The forest will be created on the site of a shuttered U.S. military base downtown. Only 15 hectares of the base will be converted to forest.

The city plans to complete the construction by 2021 with an investment of 15 billion won (US$13.4 million).

The site of a former U.S. Army base, which was vacant for a long time, was chosen as a forest for its geographical location. The site can create an air flow to the northwest and can block fine dust from entering.

Creating a forest on the site of the old military base was suggested by some citizens and organizations for it was vacant due to lack of proper development directions.

The forest itself will be divided into three section. The city plans to plant broadleaf trees that can absorb more fine dust.

In addition, coniferous and broadleaf trees will be planted in zigzags to increase their effectiveness as a fine dust absorbent.

While the city is gathering opinions from residents to shape the project, it will also create a forest that can serve as a relaxation place for locals and tourists.