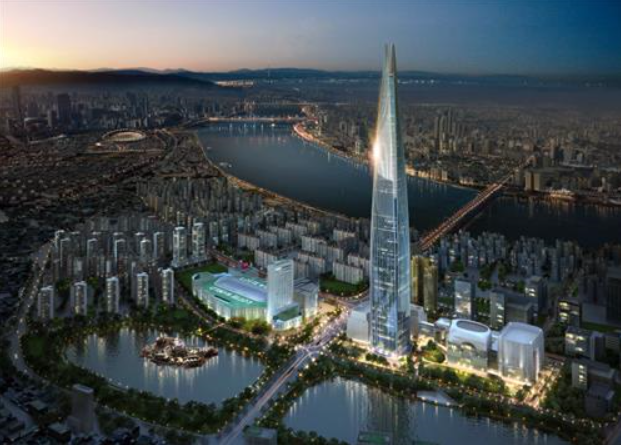 While Lotte did not reveal details about their offices, industry watchers expect they will be located between the 108th and 114th floors, which have been designated for private offices. (image courtesy of Lotte group)

SEOUL, April 12 (Korea Bizwire) – Lotte Group said Sunday it plans to relocate the offices of its founder and chairman to a 123-story skyscraper under construction in southeastern Seoul, in an apparent bid to ease the public’s concerns over the building’s safety.

Under the plan, group founder Shin Kyuk-ho, and his son Dong-bin, the group chairman, will move their offices to the skyscraper next year, along with 200 other employees. Their offices are currently located in central Seoul.

“Lotte World Tower will become the pride of South Korea’s construction history by bringing together state-of-the-art technologies,” the younger Shin reportedly told a recent meeting where the decision was made.

While Lotte did not reveal details about their offices, industry watchers expect they will be located between the 108th and 114th floors, which have been designated for private offices.

The move apparently came amid increasing concerns over the high-rise, sparked by a series of accidents at the building.

In December, the aquarium in the lower floors was found to be leaking and a construction worker died while apparently trying to climb a scaffold. Reports of sinkholes in the vicinity of the mall also sparked concerns.

The skyscraper’s lower floors opened in October amid public skepticism over its safety.

The 555-meter Lotte World Tower is set for completion by October 2016. A hotel and an observatory will be set up in the upper floors, and will incorporate residential and office facilities. When completed, the skyscraper will become the sixth-tallest building in the world. 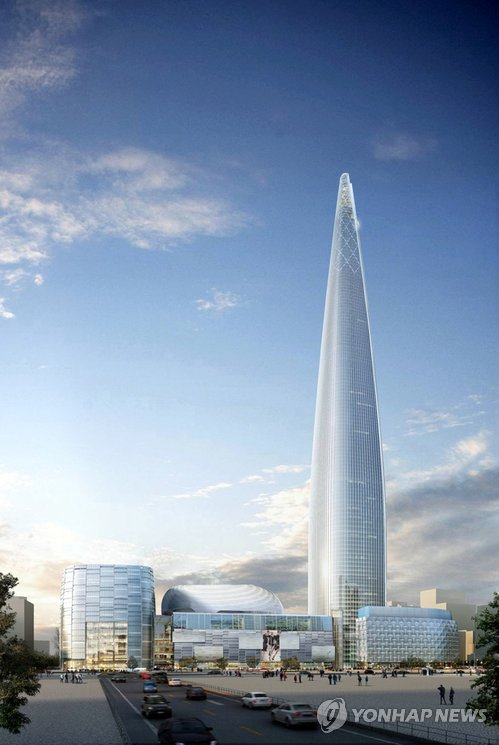