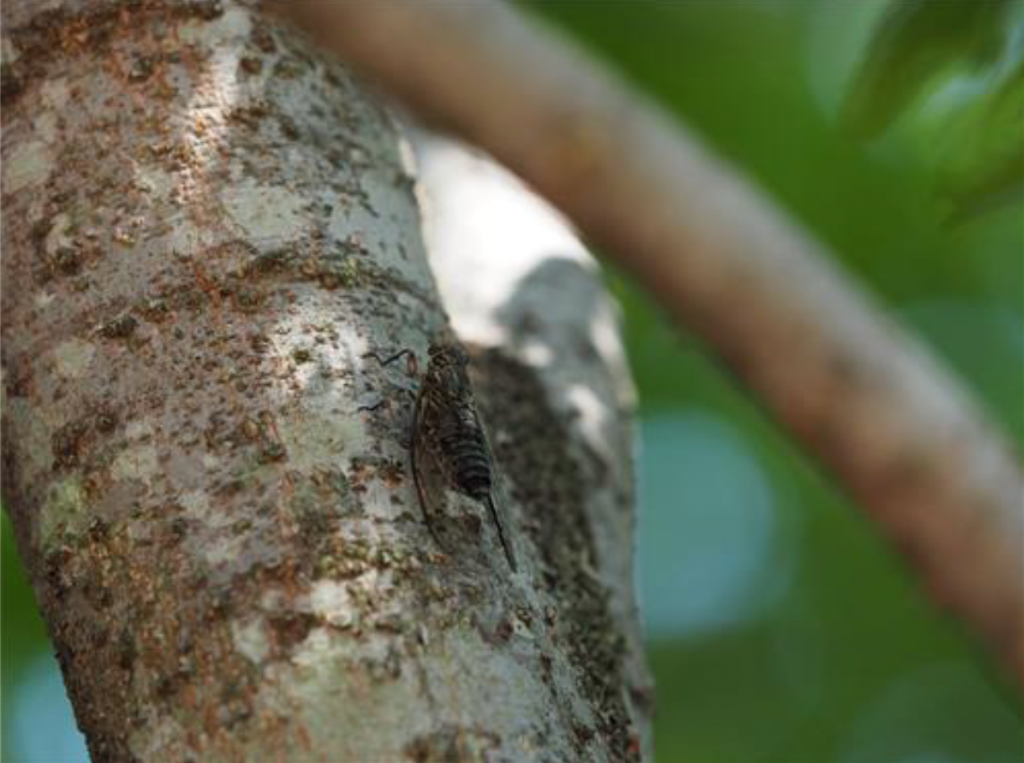 Meimuna opalifera is one of the cicada species found in Korea. (image: Dr. Yoon Gi-sang)

SEOUL, July 14 (Korea Bizwire) – The ‘Cicada Chant’ is one of the most symbolic sounds of the summer. The insects spend from 3 to 17 years underground feeding off trees, and their males spend their final month of their lifecycle aboveground singing to attract their lifelong mates.

Although one might mistake the ‘singing’ to be the same for all identical species of cicadas, just like humans, they also have dialects.

“Among the domestic species, the chirpings of cicadas that live onshore and those on islands differ,” said Dr. Yoon Gi-sang.

Yoon, who teaches at the Sejong Academy of Science and Arts, has a doctorate in cicada research.

There are approximately 12 species of cicadas that inhabit South Korea, and the most commonly found species in urban areas are meimuna opalifera, cryptotympana dubia, oncotympana fuscata, and platypleura kaempferi.