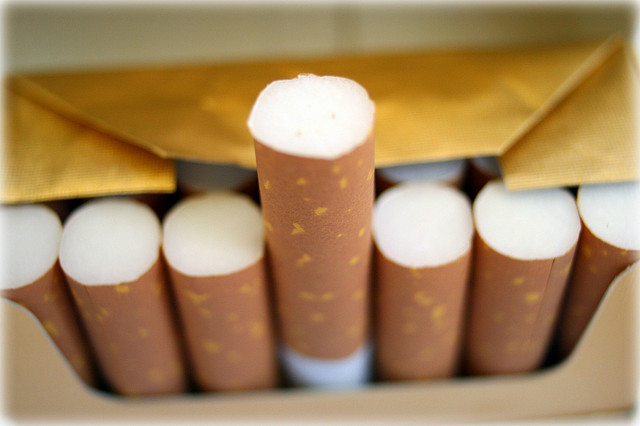 Seoul’s push for public health may end up being fruitless as sales of cigarettes, which nearly halved in January due to the government’s price hike, slowed their downward trend in March. (image: Johnny & Aggy/flickr)

SEOUL, March 29 (Korea Bizwire) — South Korea’s sales of cigarettes, which nearly halved in January due to the government’s price hike, slowed their downward trend in March, data showed Sunday, implying that Seoul’s push for public health may end up being fruitless.

According to the data compiled by a local convenience-store chain, the sales of cigarettes dropped 15.1 percent on-year in the third week of March.

The figure compares with 40.3 percent and 22.4 percent on-year plunges in January and February, respectively.

The earlier sharp decline apparently came as the average price for a pack of cigarettes went up 2,000 won (US$1.81) due to the addition of more taxes starting this year.

Another convenience store chain said its sales of cigarettes plunged 42.1 percent in the first week of January on-year, but the decrease slowed to 19.5 percent over the first three weeks of March.

“Cigarette sales also tend to fall in January and February as more people vow to stop smoking as new year’s resolutions. But the number revives starting in March as more people quit such promises,” an official from a local convenience store said.

While the government has been claiming that the price increase aims to reduce relatively high smoking rates and add to the public’s health awareness, policy watchers said the move apparently came as it expects a tax-revenue shortfall amid a delay in economic recovery and the expansion of welfare.