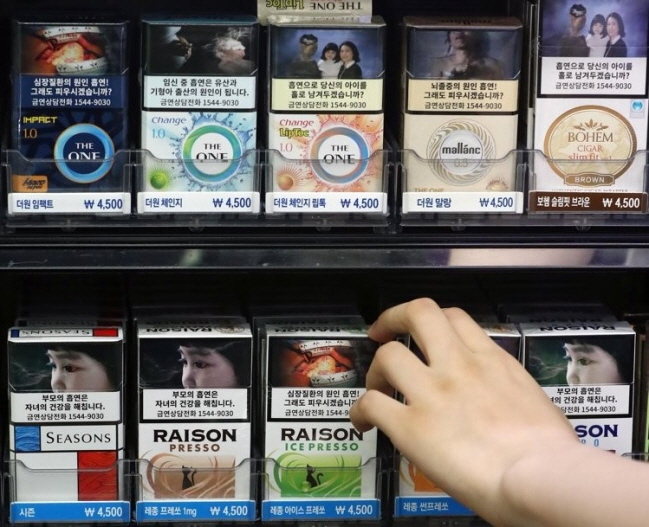 The rise in domestic sales came as tobacco sales at duty-free shops sharply fell due to low overseas travel amid the pandemic, which helped boost domestic sales, the ministry said.

Sales of cigarettes declined 17.7 percent last year, compared with 2014, a year before the country hiked prices of tobaccos.

The ministry said it indicates that the nation’s anti-smoking campaign had an impact on curbing smoking.

The government mandated that tobacco companies place graphic images depicting the harmful effects of smoking on the upper part of cigarette packs in 2016.

Sales of vaporizer-based liquid electronic cigarettes plunged 97.6 percent to 400,000 pods as the government strongly advised people not to use liquid e-cigarettes, warning that such vaping products could cause serious lung illness or death.

As of 2019, the smoking rate by Korean men aged 19 or older reached a record low of 35.7 percent, according to health authorities.