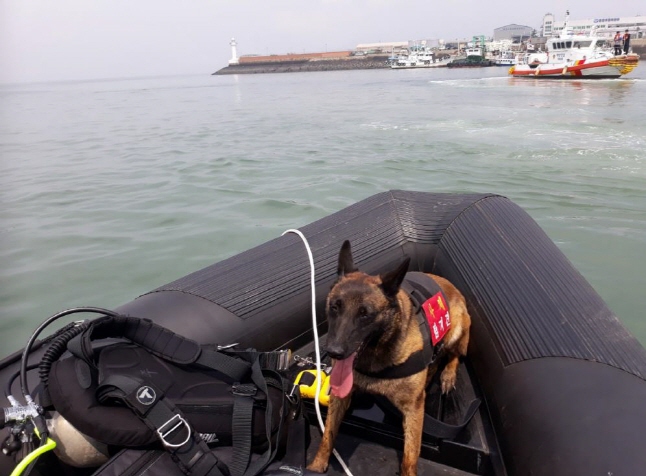 When a fishing boat sank near the docks of Incheon in 2016, Jesper successfully located the bodies in 6 days. (image: Gyeonggi Nambu Provincial Police Agency)

Roh has been running a pet training center in Hwaseong, Gyeonggi Province, training his pet Jesper to track down the scent of human hair for more than 3 years.

The local police department has been sending Jesper to assist with various cases.

On November 5, Jesper found the body of a missing person on Mount Gwanggyo. Last month, Jesper found another dead body in the same area.

When a fishing boat sank near the docks of Incheon in 2016, the dog successfully located the bodies in 6 days. The police said that the dog was responsible for saving four valuable lives throughout various cases.

Jesper received an honorary badge in recognition of his outstanding service, and was offered a delicious meal by the police.