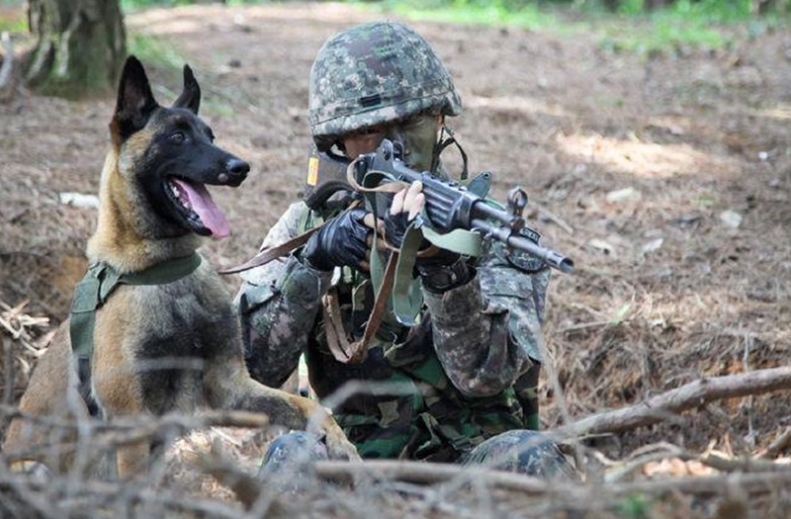 According to a FROKA representative, about 10 discharged military dogs will be put up for adoption every quarter. (image: Defense Media Agency)

CHUNCHEON, Apr. 22 (Korea Bizwire) — Discharged military watch dogs will be adopted by non-military individuals for the first time in Korea.

According to an announcement from the First Republic of Korea Army (FROKA) on April 21, 50 military dogs were discharged from service on April 22, and will be adopted by civilians at no cost.

Discharged military dogs had previously been donated as laboratory animals or put down, before Korean animal rights laws were revised on January 2013.

Watch dogs discharged after January 2013 have been taken care of at army bases along with dogs on service. However, under a 2014 revision of the act on the management of military supplies, civilians were given the right to adopt discharged dogs.

According to a FROKA representative, about 10 discharged military dogs will be put up for adoption every quarter. There are currently 620 military dogs serving in Korea, and 101 of the 181 dogs under FROKA’s care are waiting to be discharged.