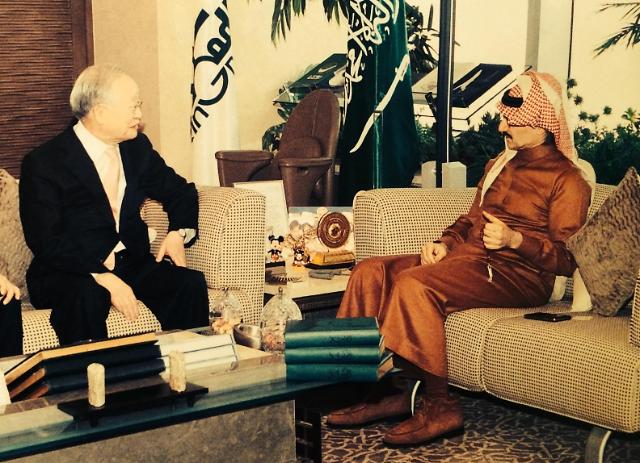 The prince showed great interest in CJ E&M’s overseas expansion, and said that the two companies could cooperate to look for opportunities on the global scene. (image: CJ Group)

SEOUL, March 10 (Korea Bizwire) — CJ Group and Kingdom Holding Company (KHC), an investment company in Saudi Arabia, have entered into a partnership for their content businesses.

The prince showed great interest in CJ E&M’s overseas expansion, and said that the two companies could cooperate to look for opportunities on the global scene. The prince, known to be a ‘Middle-Eastern Warren Buffett,’ is the grandson of Abdulaziz Al Saud, the first monarch of Saudi Arabia. KHC is a 12-billion-dollar diversified investment company with holdings in various large international corporations.

CJ Group said that achieving their partnership was strongly influenced by President Park Geun-Hye’s holding of separate talks with the prince on March 4. President Park is currently on a trip to the Middle East, and will participate in summits with the leaders of four Gulf Cooperation Council (GCC) countries.