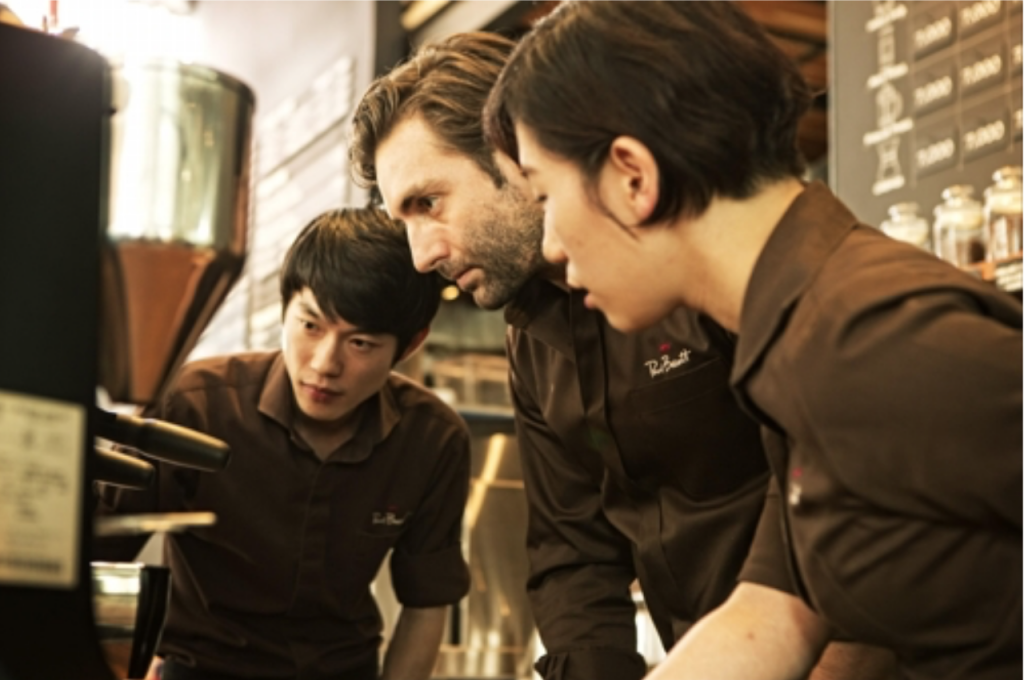 Industry watchers say that Paul Bassett’s success is largely attributed to Maeil’s marketing of the franchise to specifically target local consumers, who are particularly fond of English-speaking culture and its characters. (image: Maeil)

SEOUL, June 5 (Korea Bizwire) – Paul Bassett – a coffee franchise named after an Australian barista – has just celebrated the opening of its 80th coffeehouse in South Korea. Operated by M’s Seed, a Maeil Holdings affiliate, the franchise was launched in September 2009 introducing “specialty coffee,” a concept that was unfamiliar to locals at the time.

The growing popularity of the franchise has also made the Australian barista a local celebrity. The 2003 winner of the World Barista Championship has made several visits to South Korea as part of Maeil’s marketing efforts, and his autograph sessions and coffee classes are always teeming with fans.

Bassett, in return for M’s Seed’s use of his name, receives an undisclosed percentage of the franchise’s revenue each year. He also offers his expertise to the coffeehouse, including blending and the choice of coffee beans.

Given the huge success of the franchise, Bassett is more famous in South Korea than he is back home, although he does run a small business providing roasted beans to a few coffeehouses around Sydney. The success has even left some Paul Bassett customers mistaking the franchise for a global coffee company.

“I travelled to Sydney last year with a friend, and I was bummed to find no Paul Bassett cafés there,” said 32-year-old Kang Su-young from Seoul, who is a regular Paul Bassett customer. “It was only later that I found Paul Bassett is a South Korean franchise.” 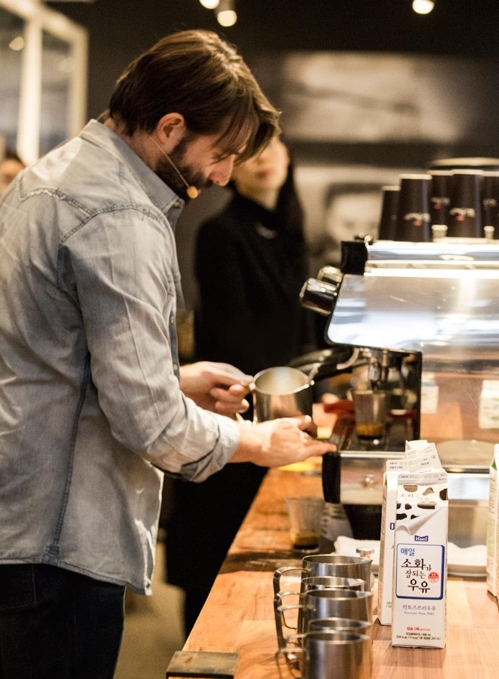 Bassett’s royalties from Maeil, which could top millions of dollars, also make up a majority of his income, according to sources. Although he launched a similar franchise in Japan, the business has not been as successful, currently only operating a handful of stores.

Industry watchers say that Paul Bassett’s success is largely attributed to Maeil’s marketing of the franchise to specifically target local consumers, who are particularly fond of English-speaking culture and its characters.

“Around 70 to 80 percent of the participants at Paul Bassett autograph events and coffee classes are young women,” said an industry official. “Paul Bassett may be one of many talented baristas in Australia, but here, he’s handsome, fairly young, and from an English culture, which seem to have played to the café’s advantage.”