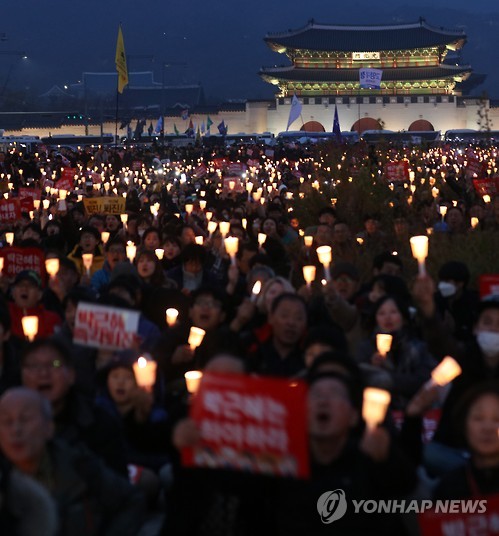 DAEJEON, Nov. 23 (Korea Bizwire) – It has been a month since Koreans started to take to the streets to protest the ongoing political scandal. Now, a new smartphone app will better serve over one million (organizer estimate) citizens that will once again gather in Seoul’s Gwanghwamun neighborhood this Saturday.

The app is called the “Road of Candlelight” (translated), with the subtitle “Guidance App for Resignation”. Developed by a college junior, it provides features such as directions to Gwanghwamun Square, the location of restrooms nearby, and a candlelight display.

The app launched on November 18 on Google Play, and currently ranks first in its popular apps category under maps and navigation. 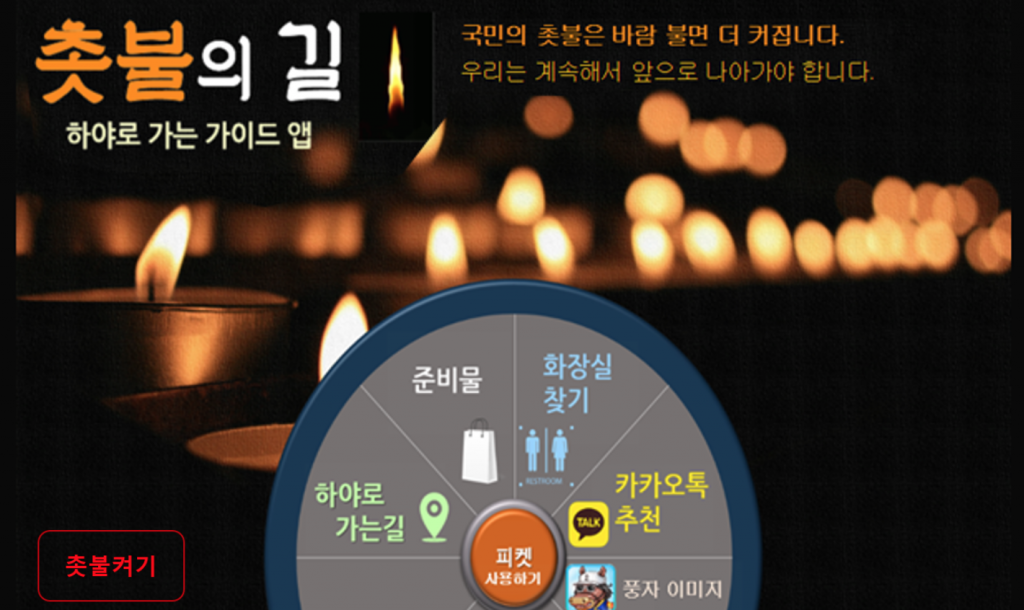 The app is called the “Road of Candlelight” (translated), with the subtitle “Guidance App for Resignation”. (image: Yonhap)

“I’ve seen lots of candlelight apps that allow users to display a candle on their smartphone screen. But I focused on aspects that I thought protesters might need after participating in two of the candlelight rallies,” said the app’s developer, identified only as Kim.

He added that the app uses GIF imagery instead of video to display candlelight, which will allow users to benefit from better battery life as well.

Other features include slogans demanding the president’s resignation as well as satirical drawings of accomplices involved in the scandal, including President Park, her confidante Choi Soon-sil, and former aide An Chong-bum.