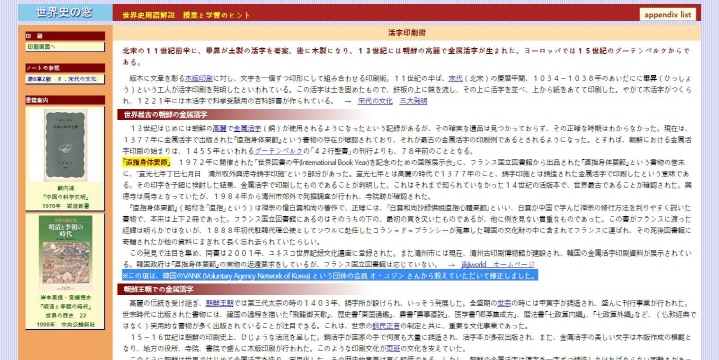 Oh Yu-jin, a 20-year-old college freshmen studying Korean folklore at Andong National University, discovered that the Japanese website Window to World History (www.y-history.net), which offers lessons on world history to Japanese students and teachers alike, stated that “in early 13th century, moveable metal types were used to publish books in Koryo,” but that books made with the metal types “were no longer in existence.”

Oh, who was working as a goodwill ambassador for the non-governmental organization Voluntary Agency Network of Korea (VANK), which takes on various roles of civilian diplomacy, wrote a letter to the editor to state that “Jikji is the world’s oldest book printed with movable metal type, printed in 1377.”

Four days later, the editor of the website included the corrected information onto the webpage’s text, attributing Oh for the correction.

Lee Jun-hyuk, another goodwill ambassador for VANK, also found an inaccuracy regarding Jikji.

When Lee typed “Gutenberg” within Izi Travel (www.izi.travel/en), a website that features audio guides to the world’s museums online, one search result directed Lee to an audio guide available at the Bodmer Foundation, a library and museum specializing in manuscripts and rare editions, located in Cologny, Switzerland. 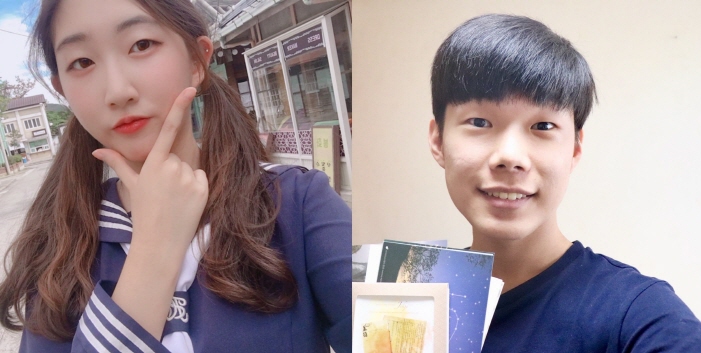 According to the Swiss museum’s audio guidebook, “printing” was defined as “the technique developed by Gutenberg.”

Lee sent many emails to the museum, noting that the information provided by the museum could be misunderstood.

Lee, instead, asked that the information on Jikji as the “world’s oldest book printed with moveable type” be added to its guidebook.

The museum responded by declaring that it had corrected the inaccurate information on its website’s English and French versions.