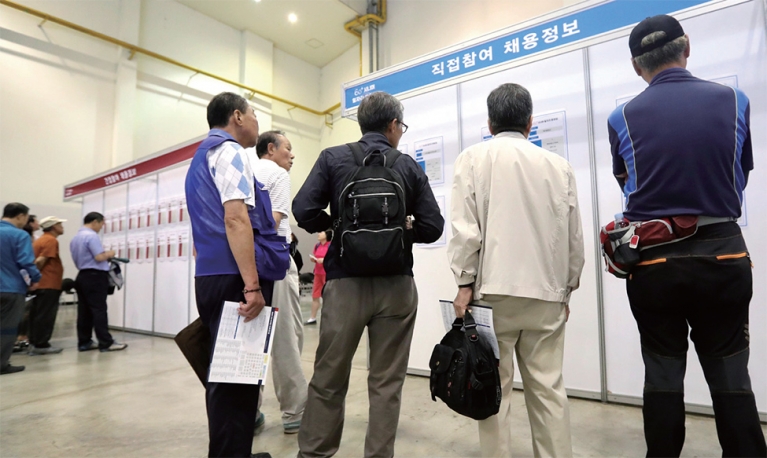 The expansion of the 60s age group is also leading to the increase in the jobless population. (image: Yonhap)

A recent study showed, however, that more baby boomers were either asked to resign, fired, or cut from their jobs due to company difficulties.

According to a report from the Korea Labor Institute (KLI) announced on Wednesday, those who retired after reaching the age limit maintained a proportion of 12.5 to 12.7 percent even after 2016 when the age limit became a legal obligation.

In contrast, those who lost their jobs due to voluntary resignation, dismissal, or companies that went out of business have risen sharply in proportion over the past few years.

In particular, the proportion of those who lost their jobs when their employer went out of business increased from 25 percent in 2016 to 30 percent this year, up by 5 percentage points over the past three years.

“The 60-year age limit for retirement became a legal obligation in 2016, but the proportion of workers retiring hasn’t really grown,” said Lim Yong-bin, a researcher at the KLI.

Many of those in their 60s are getting new jobs after retirement to continue to participate in economic activity.

The expansion of the 60s age group is also leading to the increase in the jobless population.

Among those in their early 60s without a job, 40 percent responded that they would continue to work for a living, regardless of their age.

“Those in their 60s are standing on the border between retirement and receiving a pension, and have the will to get a new job,” said Lim.

“However, due to the economic situation as well as industrial structure, it is becoming more difficult to help them get jobs.”