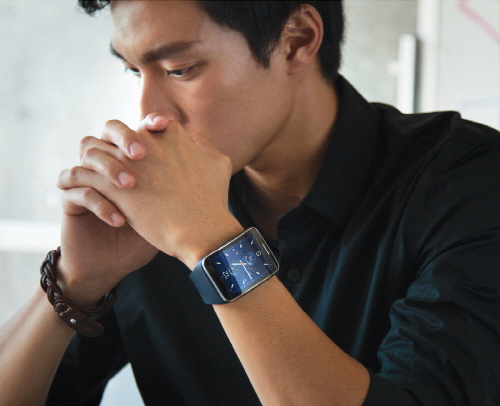 The sixth smartwatch model following the Galaxy Gear, Gear Fit, and the like, the Gear S has adopted the curved AMOLED display with two designs, replaceable chain and band, available.(image:Samsung Electronics)

SEOUL, Aug. 29 (Korea Bizwire) – Samsung and LG have unveiled the latest smartwatch models just days before the IFA Berlin 2014 scheduled on September 5, signaling a fierce fight ahead over the newly emerging wearable computer market. In addition to the two Korean electronics giants, other smartwatch makers such as Apple, Sony, and Intel will showcase their own versions of the smartwatch in the upcoming trade show.

The “G Watch R” that LG Electronics showed off on August 28 employs a round-type plastic OLED display, first among smartwatches worldwide. The brand-new smartwatch is mounted with a 1.2-GHz Qualcomm SnapDragon 400 processor and a 410-mAh battery.

With a touch-based intuitive user interface, the smartwatch is compatible with all kinds of smartphones that are equipped with Android 4.3 operating system or higher. It also boasts the Always-On function that keeps the screen on for 24 hours a day. LG plans to launch the product in the early fourth quarter after showing it off at the IFA next week.

Not to be outdone, Samsung has also debuted its own smartwatch “Samsung Gear S” on the same day. The sixth smartwatch model following the Galaxy Gear, Gear Fit, and the like, the Gear S has adopted the curved AMOLED display with two designs, replaceable chain and band, available.

With a separate USIM card, one can make phone calls with the Gear S. Although it can be used as a phone device in conjunction with a smartphone, users can check email messages, social networking alerts, and missed calls without one as long as there 3G and Wi-Fi connections. But the problem is the Gear S is linked with Samsung smartphones only as the device is based on proprietary Tizen operating system. 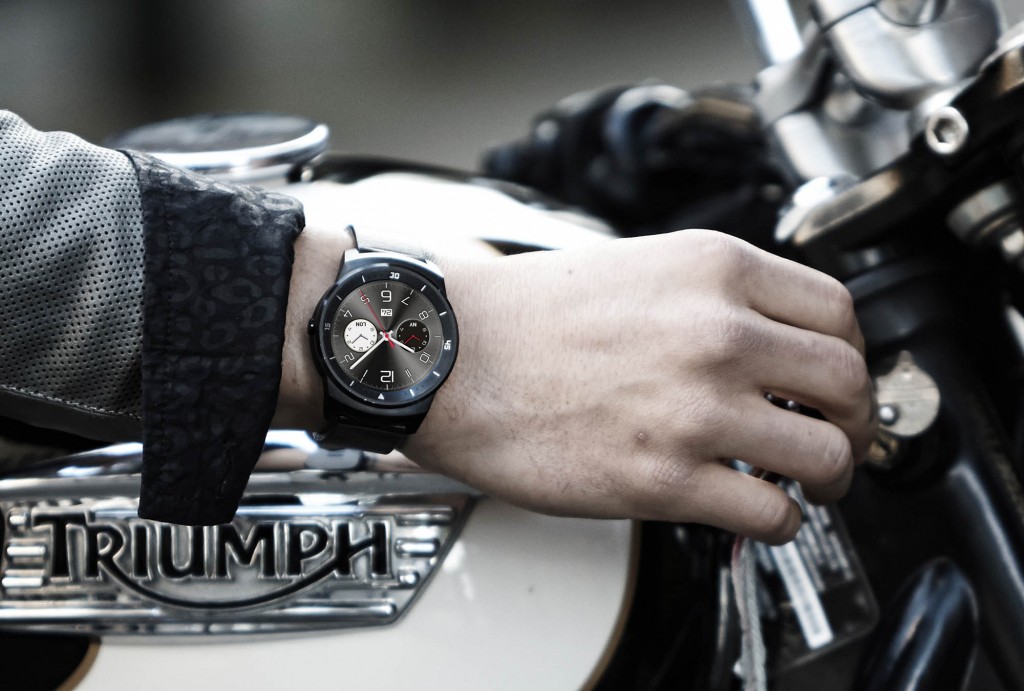 In addition to LG and Samsung, other foreign companies are rushing to enter the smartwatch market. Following the “Smartwatch 2″ introduced last year, Sony plans to release the “Smartwatch 3″ at this year’s IFA Berlin. Apple Inc. will also join the fray by rolling out the “iWatch” on September 9. Intel, which had acquired smartwatch developer BASIS Science Inc. last March, is reported to show off state-of-the-art smartwatch model in New York Fashion Week (September 4) or Intel Developer Forum (September 9-11).

The reason many major technology companies are vying to take the leadership in the newly emerging smartwatch market is that they figure the smartphone market has reached a saturation point and they need to find a new growth niche. According to market research firm CCS Insight, the number of wearable devices to be sold this year is estimated at 22 million, up 129 percent from last year’s 9.7 million. The number is forecast to reach 135 million by 2018.

3 thoughts on “Competition over Smartwatches Starts to Fire up”