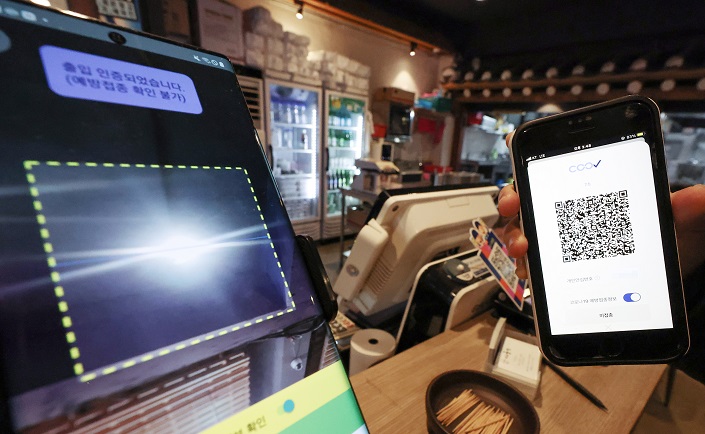 SEOUL, Jan. 17 (Korea Bizwire) — Complaints have been mounting among owners of cafes and restaurants after the government decided Monday to keep COVID-19 vaccine pass requirements on eateries while suspending its enforcement at other multiuse facilities.

Officials said such facilities are where people rarely take off their protective face masks.

The vaccine pass system, which has been in effect since November, requires people to present proof of COVID-19 vaccination or negative test results when entering restaurants, cafes and other multiuse facilities.

Some eatery owners in Seoul slammed the decision, calling for a uniform suspension of the program.

“It is inconsistent to only exempt supermarkets from the vaccine pass system. … Markets are the same (as other facilities) that they are crowded, and people pick up and put down stuff,” Choi Eun-seong, a rice stew restaurant owner in western Seoul, said.

A 59-year-old toast store owner also said small diners should be given exemption from vaccine pass requirements, claiming they have a heavier financial burden in following the antivirus rules as small merchants compared with big stores run by conglomerates. 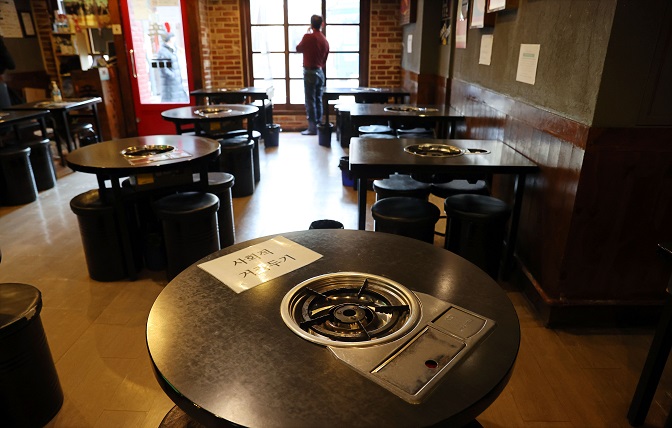 In this file photo, a restaurant in eastern Seoul is empty during lunchtime on Dec. 27, 2021. (Yonhap)

The government raised the private gathering size limit to six while keeping a 9 p.m. curfew on cafes and restaurants for three weeks starting Monday.

“I hope cafes will be allowed to open until at least 10 p.m. When the curfew was 10 p.m., some people were visiting to study or after dinner, but since the curfew was tightened to 9 p.m., nobody came,” a cafe owner in southern Seoul said.

“My debt has reached 1.7 billion won (since the pandemic). But all the financial aid I got from the government is 1 million won,” Hong Yun-taek, a 57-year-old who recently closed two of his six restaurants in northern Seoul, said.