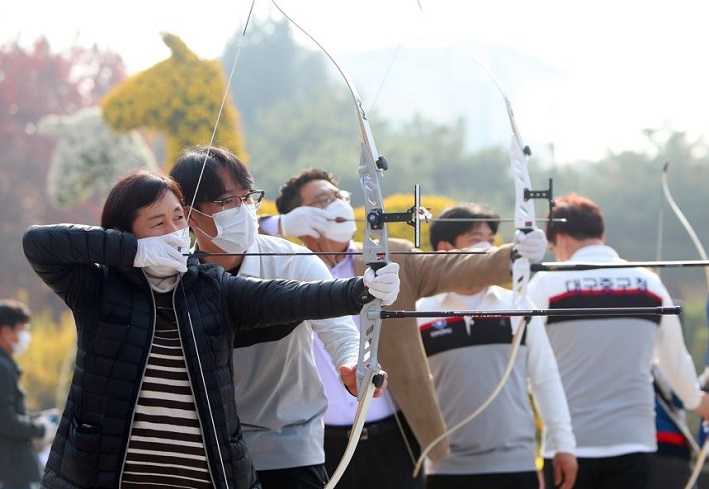 SEOUL, May 21 (Korea Bizwire) — A series of accidents related to the use of compound bows, primarily used for leisure activities, has sparked controversy over how to restrict their use.

The controversy began after a teenage son shot his father with a compound bow last month during an argument, resulting in a court’s probation ruling.

In turn, the National Assembly submitted a bill last month restricting sales, possession, and use of compound bows.

Compound bows, unlike other recurve bows, are equipped with pulleys, a sight, and a firing mechanism to shoot the target with ease.

The problem is that compound bows are powerful weapon. Last year, an arrow shot from a compound bow missed the target at an archery center and pierced a sports utility vehicle parked 120 meters away.

Since they are easy to purchase and carry, some are concerned that compound bows could be exploited as a weapon against other people.

The archery industry, however, claims that the risk is overrated.

Industry insiders say that it takes months for a normal person to learn how to hit a close target with a compound bow. A person with a malicious intent would likely prefer to use other weapons.