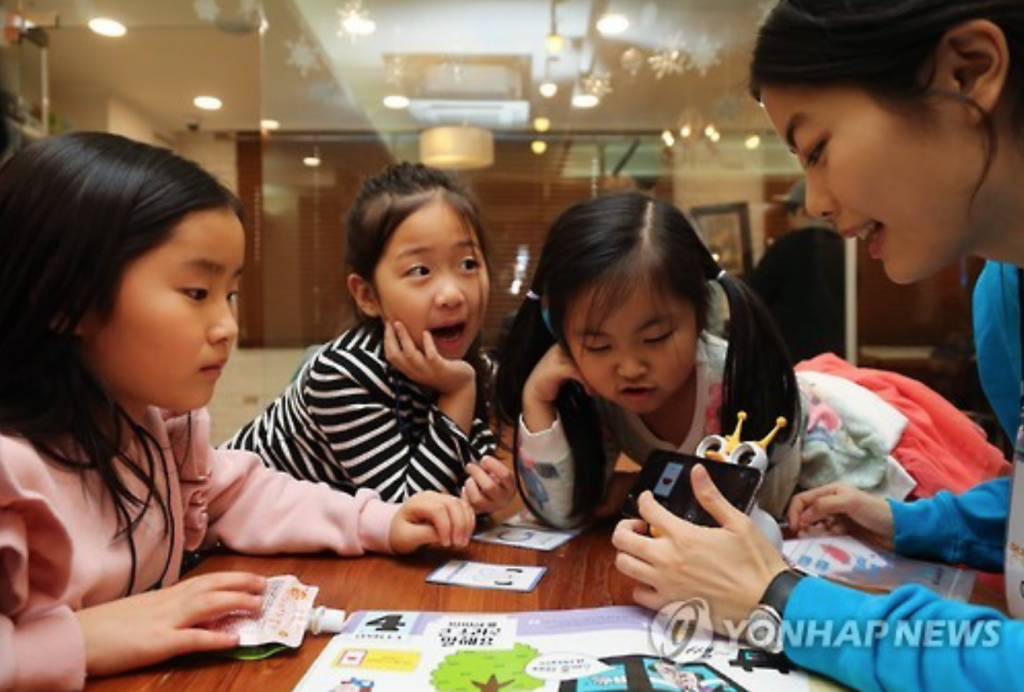 A member of the non-profit foundation Like Lion teaches kids basic coding at a kids cafe in Seoul. (image: Yonhap)

SEOUL, May 19 (Korea Bizwire) – Joo Jae-un, a college student in Seoul, stayed in the nation’s top science technology school in Daejeon for a month last summer to attend an intensive training course on computer programming.

The 25-year-old business major took classes for three to four hours every weekday at KAIST (Korea Advanced Institute of Science and Technology) in the city, some 150 kilometers south of the capital.

“Learning how to code is basically like learning a new language,” he said. “I thought it would allow me more opportunities whether I work for a company or start my own business after graduation.”

He is one of a growing number of South Koreans learning the skill as coding is becoming a requirement for laymen to prepare for better lives and jobs in this digital age.

“In the past, coding was something that needed to be known only by few who specialize in it, but now, it is something that everybody should know, just like reading and writing,” said computer science professor Seo Jung-yun at Sogang University in Seoul.

Especially, in this tight job market, computer programming is a key skill for jobseekers to differentiate themselves.

“Learning how to code was pretty much an inevitable step for me once I realized that the tech field is becoming ever more crucial,” said Lee Dong-yeob, a 24-year-old college student, who learned basic programming skills at a school club called Like Lion.

Like Lion started off as a 30-strong student group at Seoul National University in 2013 but has now grown into a non-profit organization encompassing nearly 80 universities nationwide.

The number of applicants for its yearly education program increased dramatically from some 300 in the first year to over 5,000 last year, it said. 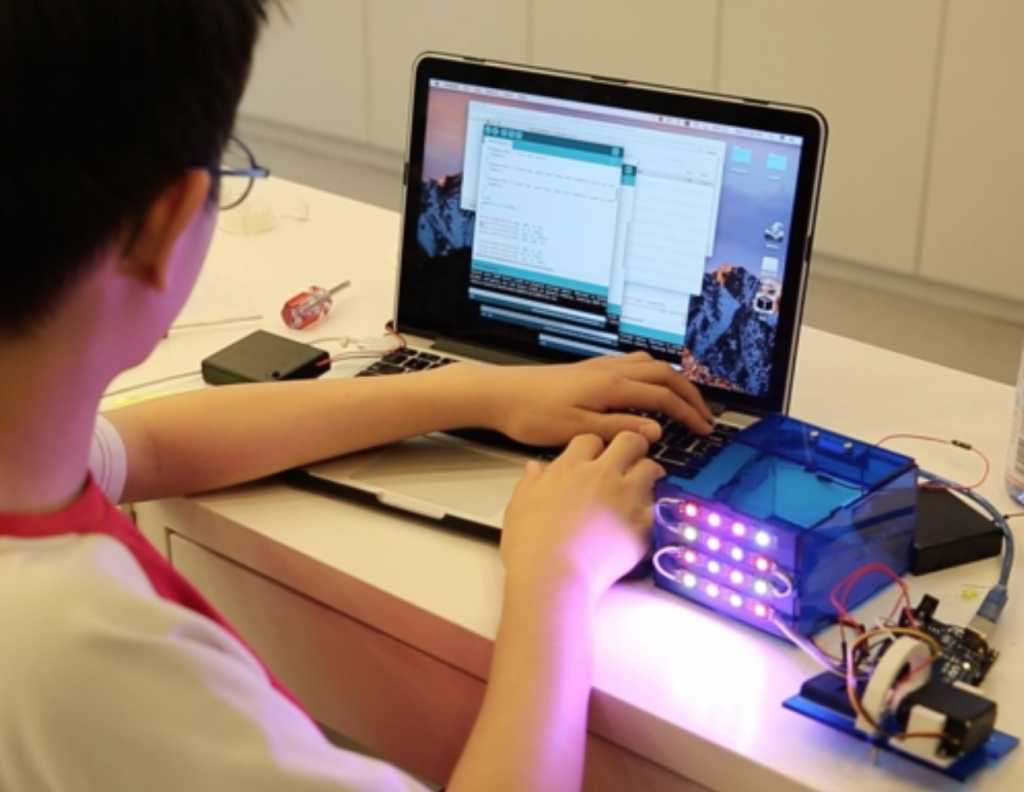 A student working on programming at the private institute in southern Seoul. (image: Code Academy)

More than 10,000 people signed up for the course as of Tuesday, one day after its registration began, according to Opentutorials.

The program features a popular lecturer, identified only by his pseudonym Egoing, who has been providing free coding courses since 2009.

His channel on YouTube has over 45,300 subscribers, and his clips have been viewed by more than 15 million people.

“Coding has become a basic grounding for our future generation,” said Bae Jae-hyuck, head of Code Academy in southern Seoul, one of the private institutes providing coding courses for children.

Coding is also becoming a tool to enter prestigious universities, such as Sogang University, which has recently adopted a special admission process for students talented in software engineering.

Starting this year, the university will recruit 11 students based on their programming ability to study at its computer science department.

The government plans to make software education a required curriculum in middle schools starting next year and expand it to elementary schools the following year.

“Just like people’s level of education has a lasting impact on their lives, access to coding education will definitely have an influence on what opportunities our children have in the coming days,” professor Seo of Sogang University said.

The challenge now is how to cope with the rising demand for coding education.

“It is one of the most urgent tasks for the new administration,” the professor said. “Even if it means more money, we need to cultivate competent teachers who can lead our students in line with the rapidly changing environment.”