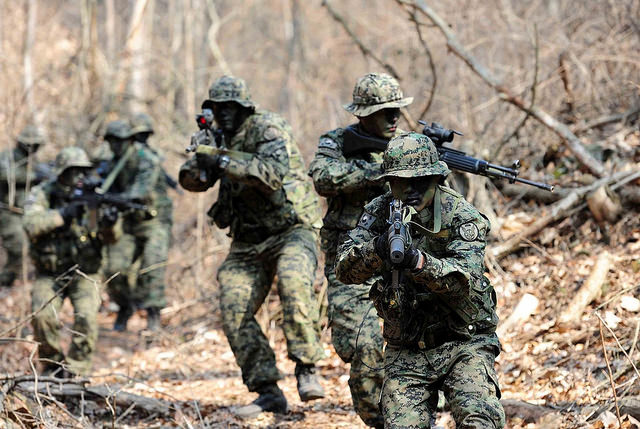 According to Article 88 of current military law, individuals who do not follow their conscription order without a justifiable reason can face up to three years of imprisonment. (image: Flickr/ Republic of Korea Armed Forces)

GWANGJU, Oct. 19 (Korea Bizwire) – The first verdict in a case of conscientious objection due to religious beliefs has been made at the Gwangju District Court of Appeal, with the judge declaring the defendant innocent of the charges. The ruling is expected to trigger controversy over the implementation of alternative forms of mandatory service.

In addition to the man (name withheld) indicted for violation of military law, two other men indicted on the same charges accepted the appeal and were ruled not guilty as well.

“He truly seems to be objecting to serve in the military because of his religious beliefs and conscience. Religion and conscience are rights that should be protected by the constitution, and an individual who practices these rights cannot be punished as a criminal,” said the Department of Justice, adding: “Countries around the world are slowly accepting conscientious objectors, and there is an option of alternative service in Korea. There are about 600 conscientious objectors in Korea, and eliminating them from military service is not going to endanger the power of the military.”

The Department of Justice also said that the legal system should offer protection for those in the minority. Conscientious objectors should be given the chance to serve the military in a different capacity, as a form of alternative service.

Many conscientious objectors have been ruled not guilty at their first trial. Nine such verdicts were rendered in the last 12 months alone. However, in each of the cases, the original sentence was overturned on appeal, and the defendants were found guilty and punished by imprisonment.

According to Article 88 of current military law, individuals who do not follow their conscription order without a justifiable reason can face up to three years of imprisonment. The courts had typically been giving sentences of 18 months or more for conscientious objectors as individuals who are imprisoned for more than 18 months are exempt from military service.

Now, Article 88 is on the verge irrelevancy. Three men who have been ruled guilty for conscientious objection were victorious in their appeals. The recent legal developments have set the stage for the Constitutional Court of Korea to make a final ruling on the unconstitutionality of Article 88.