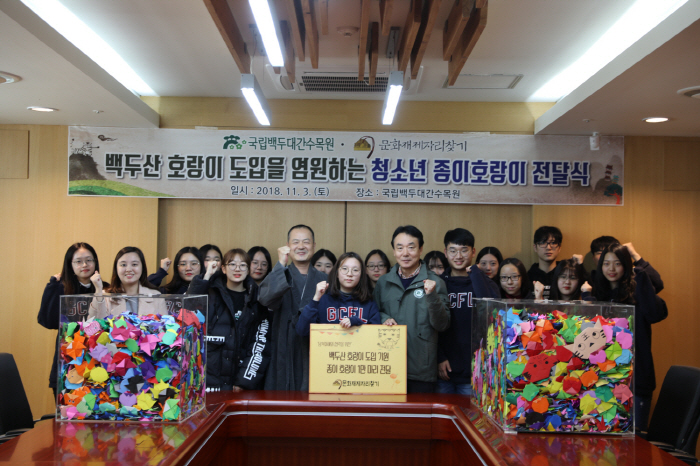 They have brought back 47 books of the Annals of the Joseon Dynasty from Japan’s Tokyo University in 2006, as well as 1,205 documents on Joseon royal protocols from Japan’s Imperial Household Agency.

In 2016, the RCA asked Japan’s Doshisha Corporation to donate its taxidermized Joseon tiger to the arboretum.

It is the very tiger caught by Tadasaburo Yamamoto, a businessman and a hunter notorious for killing a massive number of Korean tigers during Japanese occupation of the Korean peninsula.

The Baekdudaegan National Arboretum created a forest environment that can accommodate seven football stadiums to protect the Siberian tigers, an endangered species.

Visitors will be given opportunities to take a look at the tigers themselves.

“We wish for reconciliation and cooperation of the two Koreas,” said RCA director Ven. Hyemun. “To see the tigers brought from North Korea play in these forests would be very meaningful.”