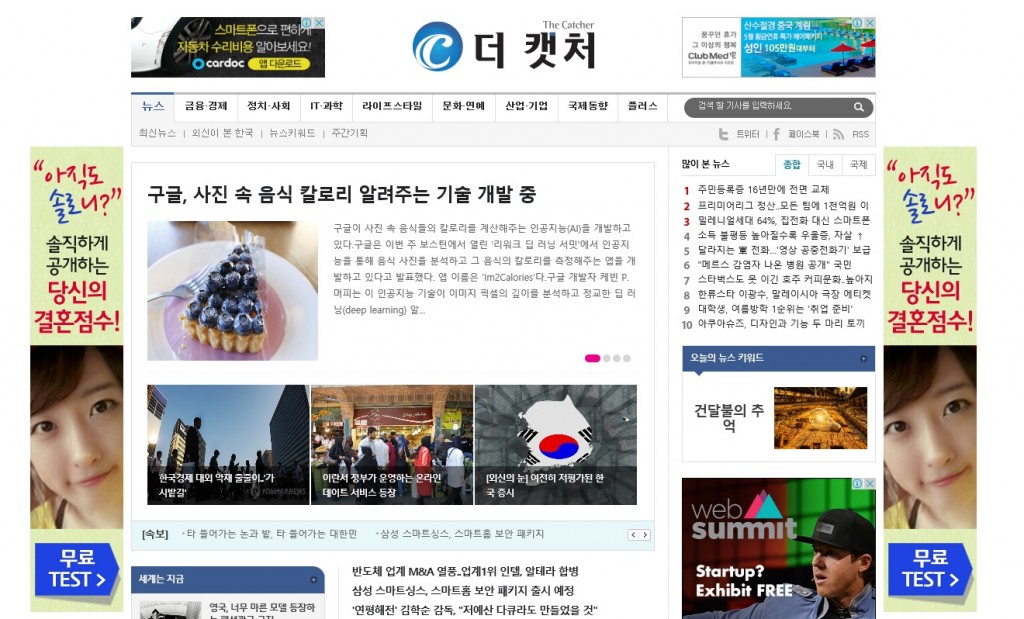 As native advertising on news sites uses the same form and function as the news stories, their responses reaffirm the characteristics of the marketing method that targets the midpoint between news stories and advertisements. (image: screenshot of news site The Catcher)

SEOUL, June 3 (Korea Bizwire) – News consumers showed positive responses to native advertising on news sites, as it offers useful and credible information in the form of news stories, according to a study conducted by the Korea Press Foundation.

As native advertising on news sites uses the same form and function as the news stories, their responses reaffirm the characteristics of the marketing method that targets the midpoint between news stories and advertisements.

However, almost 65.9 percent of the readers grumbled that the story didn’t clearly indicate that it was an advertisement. Among the respondents, 80.0 percent said that readers could be confused in distinguishing between general news stories and native advertising, and 77 percent said that they would feel deceived if they found out they were reading an advertisement rather than a news story.

Almost nine out of ten (85.8%) said there are too many banner ads on news sites, and 76.4 percent felt inconvenienced in reading the stories due to the banner ads. A strong majority of 70.1 percent said that banner ads would badly affect the credibility of news sites.