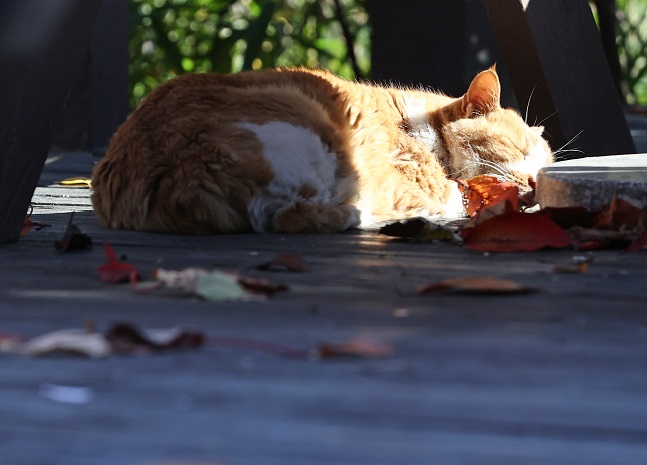 This file photo shows a stray cat resting under a car. (Yonhap)

SEOUL, Feb. 4 (Korea Bizwire) — Controversy is rising among students attending colleges located in mountainous areas, where the population of stray cats is increasing.

While many students volunteer to organize clubs to protect stray cats, others disapprove of them.

The student clubs believe that protecting stray cats helps control the cat population in the area through proper neutering, and minimizes animal noise.

Student clubs at Kookmin University, Sungkyunkwan University and Korea University are carrying out robust trap-neuter-release (TNR) projects to neuter the cats and release them back into the wild.

There are opposing views, however, that question the clubs’ abilities to curb animal noise. Cat noises during the estrus period may distract students from studying at libraries or laboratories.

Sanitation is also a problem. Even if the cats are properly controlled by student clubs, the issues surrounding roadkill or excrement will still have to be addressed.

There are no regulations on stray cat management on school campuses, leaving schools, authorities and students to work out the issue on their own.

Without proper guidelines in place, the controversy over stray cats on school campuses and student clubs to protect them is expected to continue.