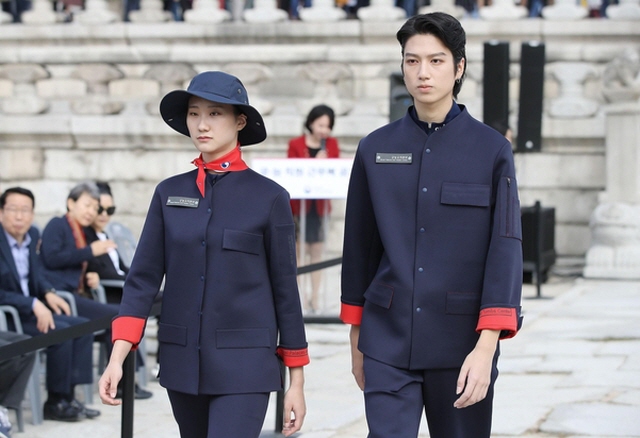 Netizens are saying that new uniforms are similar to the Mao suit, or that they look Chinese. (Yonhap)

SEOUL, Oct. 23 (Korea Bizwire) — The Royal Palaces and Tombs Center, which operates under the Cultural Heritage Administration (CHA), is under fire for new uniform designs that were recently unveiled that are reminiscent of the so-called Mao suit.

Last Friday, the CHA unveiled 28 types of work clothes that will be worn by employees starting next year at Geunjeongjeon Hall in Gyeongbok Palace.

The original purpose of the new designs was to focus on the harmony between traditional and contemporary with materials that are flexible, functional and pleasant to wear, and to develop both summer and winter uniforms.

However, soon after the release of the new work clothes, netizens are saying that they are similar to the Mao suit, or that they look Chinese.

“How painful it is to spend the national budget to design such things,” Cho said, calling for the uniforms to be redesigned.