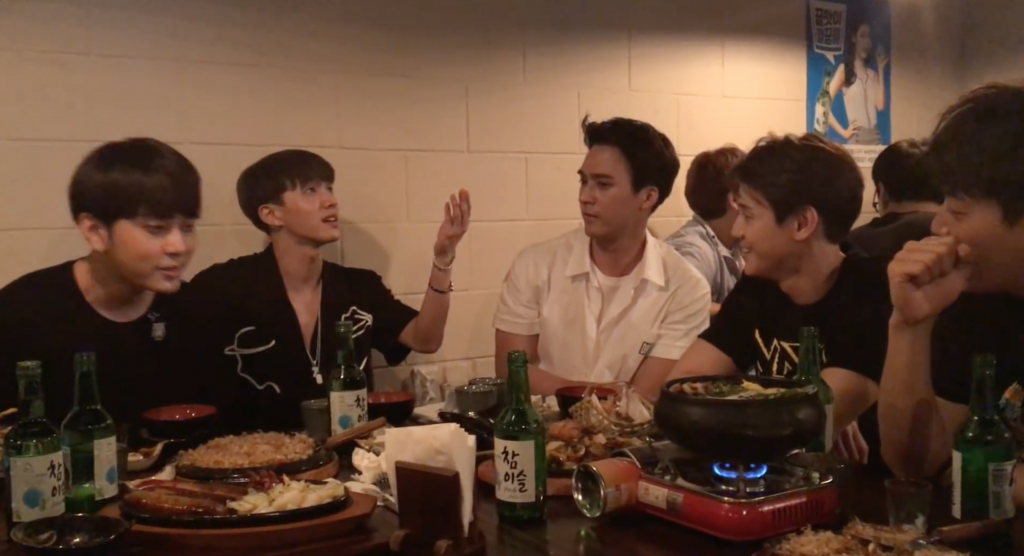 Unlike conventional advertising, the videos seem to be unscripted and filmed offhandedly, as if shot with a smartphone camera, creating a sense of intimacy. (image: YouTube image capture)

SEOUL, Sept. 6 (Korea Bizwire) – Korea’s leading distiller, HiteJinro, has chosen a new marketing strategy for a fresh wave of TV commercials, with the new ads featuring some of the hottest K-pop stars drinking soju, seemingly tipsy, while casually singing their talents away – behavior that is perhaps appropriate given that the ads are part of a series called “Tipsy Live” in English (Isul Live in Korean after HiteJinro’s flagship Chamisul soju).

Unlike conventional advertising, the videos seem to be unscripted and filmed offhandedly, as if shot with a smartphone camera, creating a sense of intimacy. The company has certainly found a way to strengthen its connection with the young generation in Korea.

Despite the hype however, the Korea Public Health Association (KPHA) criticized the videos Monday, not for their content, but because the videos uploaded on social networking services are effortlessly available to Korean minors, and they shamelessly promote drinking.

“The influence of marketing via SNS or other new media platforms is far greater than that of a television. But despite these platforms’ self-governed reviews and content regulations, no actual monitoring takes place, making the restrictions nothing more than a nominal practice,” a KPHA official said.

In accordance with current laws, alcohol ads must comply with the National Health Promotion Act. However, because the act fails to reflect the fast-changing market and platforms for advertising, minors are easily exposed to the online ads and are encouraged to drink, ultimately calling for new regulations.

“There’s a need to regulate advertisements that present a positive perception of alcohol for those in the younger generation,” the official added. “Therefore, instituting a clear legal basis to control online alcohol ads is crucial.”

HiteJinro’s joint marketing campaign with digital content creator Dingo Music first took off in November 2015 with ads featuring singer-songwriter Roy Kim. Over a dozen K-pop artists across all genres have since followed suit, including EXID, Zico, Beast, Kiha & The Faces, FT Island, and Wonder Girls. Driven by their popularity, the videos had accumulated over 70 million views as of August.