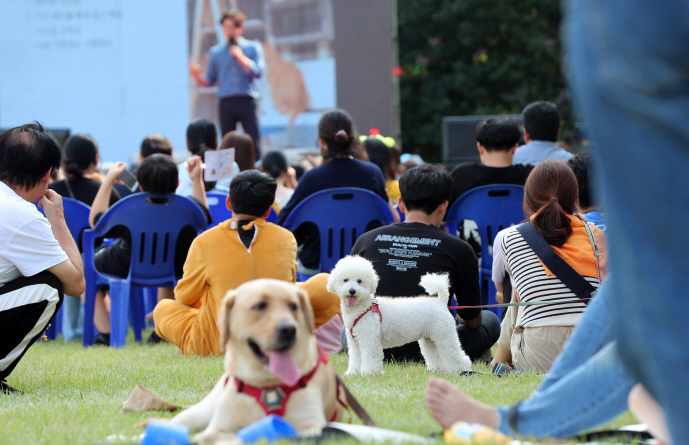 While the Animal Insurance Act includes a provision that penalizes animal abuse, pets have still been considered as property within the scope of criminal law. (Yonhap)

SEOUL, Jan. 28 (Korea Bizwire) — A bill has recently been proposed to consider pet insurance as equivalent to human insurance plans, raising new controversies as to how pets are to be identified in insurance programs.

The bill, proposed by Rep. Kim Byung-wook of the ruling Democratic Party, intends to consider pet insurance plans as category 3 of human insurance programs, which mainly deals with insurance plans for human illness, injuries, and nursing services that ensue.

In South Korea, animals are legally considered as a ‘material’.

Civil law states that a person who owns a pet should compensate for all damages caused by the pet, defining pets as subject to management of a person, while criminal law deems abuse of other people’s pets as criminal damage.

While the Animal Insurance Act includes a provision that penalizes animal abuse, pets have still been considered as property within the scope of criminal law.

The new bill has been proposed, fully aware that it is a progressive idea. “We proposed the bill with the aim to shift our perspective on animals,” said a source familiar with Rep. Kim.

“We are pushing to include animal insurances as part of category 3 to reflect the fact that we are dealing with another kind of life.”

The initiative, however, is raising concerns that it may encourage insurance companies, particularly life and general insurance firms, to collide over who gets to sell the animal insurance plans.

The current legislation on insurance business draws a strict border between the territories of life and general insurances. However, category 3 insurances can be handled by both insurance companies.

Pet insurance is considered a fledgling market with strong potential for growth.

The government is also pushing for the market’s growth ever since it announced plans to support the pet industry in December 2016.

“Regarding animal insurance as category 3 does not fit into the current legal system or the insurance scheme in South Korea,” said a source familiar with the general insurance market.