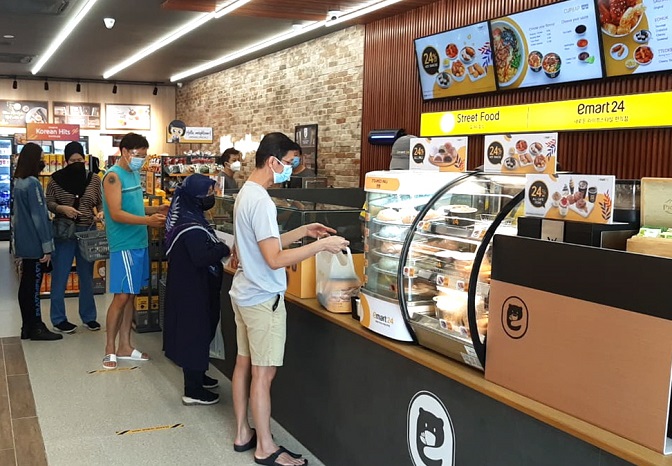 This photo, provided by E-Mart24 Inc. on Sept. 16, 2021, shows its third Malaysian store in the state of Selangor.

The new outlet, slated to open at the end of this month, will be located in a residential-commercial district in the Malaysian capital of Kuala Lumpur.

E-Mart24 opened its third outlet in the Malaysian state of Selangor on Thursday after launching its first store in an office district in Kuala Lumpur in June this year.

The envisioned store will carry instant cup rice and Korean street foods like “tteokbokki,” a popular Korean snack made from rice cakes and red chili pepper sauce, as well as “gimbap,” rice rolls with a variety of vegetables.

South Korea’s convenience store chain operators have been setting their sights overseas as the local market has become increasingly saturated.