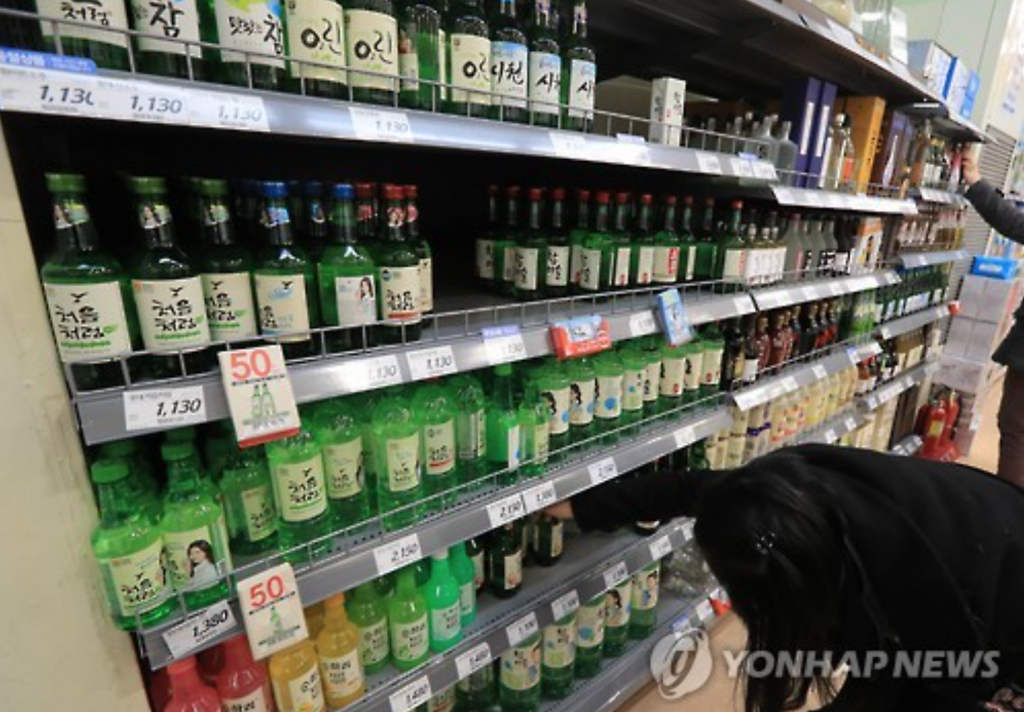 For low alcohol content drinks, convenience stores accounted for 32.8 percent of total sales in the first half of this year compared with 13 percent in 2014 and 29.1 percent last year. (image: Yonhap)

SEOUL, Nov. 30 (Korea Bizwire) – Convenience stores have become the largest market for selling alcohol drinks, a market report showed Wednesday, apparently due to more people choosing to drink alone or with their families.

The retail index provided by information analysis firm Nielsen Korea said convenience stores ousted discount chains to become the biggest seller of alcohol for the first time in the first half of this year.

Records from different store chains show higher sales of alcohol drinks throughout the year. At GS25, beer sales jumped 24.7 percent as of November this year from the same period last year. The increase for soju was 21.1 percent, and 13.2 percent for wine and other types of alcohol.

CU reported an overall sales jump of 20.5 percent, with soju sales up 27.7 percent from last year.