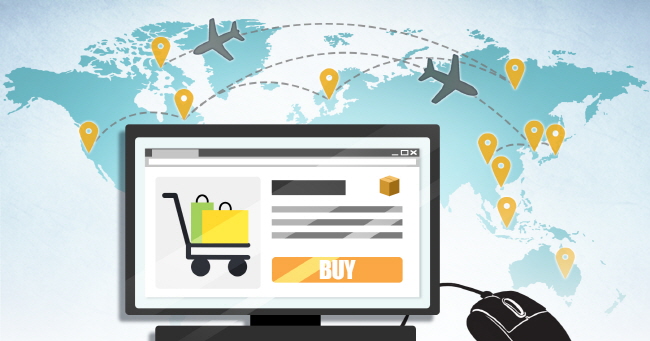 SEOUL, Feb. 17 (Korea Bizwire) — The outbreak of the novel coronavirus has placed a strain on air cargo transportation worldwide, especially on routes to and from China and the U.S., and international logistics in general have slowed.

“Because of the coronavirus, the number of aircraft departing from the U.S. has been reduced due to the preferential loading of sanitary products. The aircraft are operating under a tight schedule,” Malltail, a parcel forwarding service for Korean consumers to shop and ship with overseas retailers, announced on Feb. 11.

According to a delivery schedule announced by Malltail, goods that were scheduled to arrive in South Korea on Feb. 3 were put on a flight leaving New Jersey. But their arrival was postponed until the Feb. 11 and again to Monday.

As such, overseas direct shipping agencies are announcing shipping delays for goods coming from the U.S.

There are two main reasons shipping from the U.S. has slowed.

Flights to and from the U.S. and China plunged by 76 percent, while those to and from South Korea and China have also dropped in number.

In the midst of this, the number of online shoppers using overseas direct shopping increased in the aftermath of the COVID-19 outbreak.

Malltail said the volume of overseas purchases by South Korean consumers has increased by about 30 percent since the start of the coronavirus outbreak.

From Jan. 20 to Feb. 6, the number of overseas direct shoppers for personal hygiene products increased by a whopping 1,236 percent compared to the same period a year earlier.

The most sought-after product was hand sanitizer. Purchases made during the corresponding period rose more than 6,243 percent on-year.

In addition, overall sales of products related to the outbreak such as masks and hand sanitizers increased by 147 percent and 296 percent, respectively.

With a drop in the number of cargo flights, goods departing from the U.S. are arriving in South Korea later than usual as the number of direct orders has increased significantly.

“As hygiene products such as masks have become scarce in Korea, the number of U.S. direct shoppers has greatly increased,” a source at Malltail said.

“By establishing the principle of loading sanitary products first, the delivery of other goods may be delayed.”