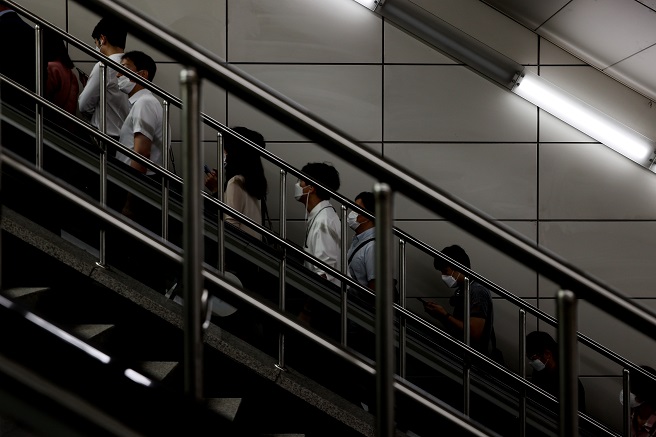 People wearing face masks ride an escalator at a subway station in Seoul on Sept. 1, 2020, amid the continued spread of the novel coronavirus. (Yonhap)

SEOUL, Sept. 25 (Korea Bizwire) — Recent research shows an increasing number of patients each year who are being treated for anger disorders.

The National Health Insurance Service reported on Thursday that 2,249 patients were treated for intermittent explosive disorder (IED), surging by 30.7 percent since 2015.

By age, the majority of the patients were in their 20s each year.

Patients primarily came from Gyeonggi Province, one of the country’s most populated regions.

Proportionally, however, the city of Ulsan’s 7.32 patients for every 100,000 people was the highest rate in the country.

This year, 1,389 patients had been treated for anger disorder as of June, which is around 61.7 percent of last year’s records, raising the prospect that the number of patients will continue to increase.