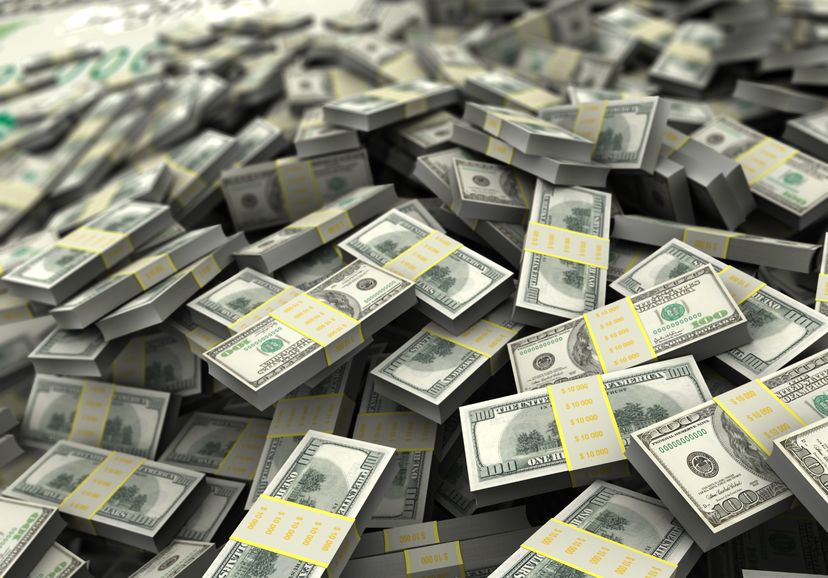 ST PETER PORT, Guernsey and NEW YORK, Oct. 7 (Korea Bizwire) — In a release issued earlier today by Webtel.mobi (Holdings) Limited, please note that, due to a typographical error, the headline figure of USD 4 862 Trillion was published as 4.86 Trillion, and the figure of USD 1 716 Trillion was published as USD 1,716 Trillion. The figures in the headline and in paragraphs one through three have been corrected. The corrected release follows:

Global FX Market trading amounts to USD 6.6 Trillion per day or +/-USD 1 716 Trillion per annum – but that number is applicable only to the Trading – and not the Gross Payment obligations arising from that trading.

According to the Bank for International Settlements (“BIS”) Quarterly Review of 2019, almost half that USD 4 862 Trillion per annum is at risk of default, due to it not being covered by any secured “Payment versus Payment” (PvP) structure.

Although most people who are not involved in the FX or related markets at a high level are not familiar with these markets, market values or the terms used for these transactions – they should be. This is because any default in these markets – and the risk of default grows every year – will affect every person and business in the world very seriously.

The 2008 Financial Crisis was also the result of a default. A different market – but the same process of default. A default in the Gross Payments process of the Global FX Market will cause a much more serious crisis than in 2008, because the volumes and values involved in this default will be very much higher.

Moreover, defaults initiate chain reactions – just as Facebook’s outage caused a chain reaction that saw many non-Facebook sites to go down, or business hosted on Facebook to experience problems – and these would reverberate globally and significantly.

For the average person or business, a default in the Gross Payment obligations of the FX Market will have far more serious consequences than the 2008 Financial Crisis – one of the largest financial crises in history.

The reason is the advent of 21st Century technology has enabled far more entities internationally to become involved in Global FX Trading. However, the entities primarily responsible for the Settlement of FX Trades are not 21st Century companies. Rather, they are 20th Century companies – with some of them functioning according to 19th Century methodologies or world-views.

This situation is, in its current format, insoluble given the structure of the incumbent settlement companies – and that they cannot stop their operations to rebuild their systems to conform to 21st Century requirements.

WM, on the other hand, built its first platform – Platform 1 – to fit with the changed and modernized landscape that 21st Century Technologies provided, and tested that platform robustly in worldwide operations for nine years.

Thereafter, WM completely rebuilt its platform to conform to modern best practice structures, process-flows and capacities as dictated by its nine years of operational testing, to produce its Complex Adaptive System-driven Platform 2 – which is specifically built to cater for 21st Century capacities and requirements.

An overview comparison of some of the capacity-differences between the legacy systems and the WM System are as follows:

Legacy Systems: Legacy systems each have 70 to 100 Settlement Member entities that jointly work together to provide these services to 25,000 or more transacting entities worldwide. However, all of these entities – whether Settlement or Transacting – are in different countries, in different time zones, with different internal processes, with varying standards of security, reliability and speed – with hundreds of intermediaries involved in the process. This makes it (comparatively) a very high-cost process. It was necessary to work this way in the 20th Century because there was no other alternative. In the 21st Century – with the capacity for entities globally do conduct transactions worldwide in seconds – this system is so fragmented that it cannot function in any way than “best efforts”. It requires patches and contingencies continually having to be used to cater for the multitude of problems caused by such a huge number of required entities and their varying capacities trying to work together. It is just a matter of time before the “best efforts” and patches run out of the capacity to keep the system afloat.

WM’s System: Execution, Clearing and Settlement is all carried out simultaneously and instantly – in 1/100th of a second – to all, and any, member entities globally, according to uniform and global standards of speed, security, reporting and recording. There are no intermediaries or other entities involved at all, and the cost is either 0.25% to 1% if using WM’s ICLM Currency Swap facility or zero if using WM’s TUV Currency Swap Facility.

Risk
There are two types of default risk. The first is Default Risk – where an entity does not have the funds it claims to have and cannot settle. The second is Settlement Timing Risk that leads to Default – where an entity may have the capacity to acquire the funds, but cannot acquire them in time to settle (i.e., leveraged trading).

Legacy Systems: Legacy Systems are rarely exposed to Default Risk, but they are increasingly in danger of being subjected to Settlement Timing Risk due to more entities engaging in leveraged trading – meaning they carry out FX Trading as liquidity providers without actually having the funds available to cover total exposure. As an indication of how dangerous Settlement Timing Risk is, the 2008 Financial Crisis was caused by it.

WM’s System: WM’s System’s process-flow completely removes both Default Risk and Settlement Timing Risk. All members must have 100% of required funding (as “Stored Credit”) within their accounts prior to executing either an ICLM Currency Swap or TUV Currency Swap, and the Execution, Clearing and Settlement between both parties to the transaction is instantaneous.

Currencies and Timings
Legacy Systems: Currently, Legacy Systems only provide Settlement in the World’s Reserve Currencies (this varies between 18 to 20 currencies depending on the entity) and none of the other 100+ currencies – for which trades, and Gross Payment Obligations are mostly not PvP secured. Moreover, their limited 24/5/365 operational times and the wide disparity in time zones, standards and processes of the tens-of-thousands of entities and intermediaries involved in the processes cause delays to arise in transmission of settlements.

WM’s System: WM’s system provides for the World’s Reserve Currency and nearly 30 others – and is increasing the currencies it caters for rapidly – in order to cover all world currencies. It functions 24/7/365, and its transactions flows for receipt and settlement to all parties in a transaction are instant.

The Recommendations of the Group of 30
As long ago as 2003, an organization known as the “Group of 30” – an eminent persons group comprising former senior members of Central Banks, Large Commercial Banks, and International Financial organizations – published a research paper entitled “Global Clearing and Settlement – A Plan of Action”.

This document described in detail the alarming fragility of the Global Clearing and Settlement systems at that time, and the grave peril that failure to attend to these shortcomings could bring to the entire Global Financial and Economic systems.

In the document, they published a list of 20 very clear requirements for the reform and stabilization of these systems globally.

To date – and despite the situation in respect of stability worsening since then – not one of those 20 requirements has been able to be achieved by any of the legacy systems.

The WM System has – on the other hand – not only conforms to, and has, all the 20 requirements as part of its System, it surpasses them (with the exception of securities lending and borrowing – as WM has electively decided not to include this type of facility on its platform at this time).

Currently, WM is the only entity globally whose structure is built to – and has the capacity to – adequately cater for the security of the Global Clearing and Settlement Markets – for the Global FX Market and a variety of other markets whose sizes and volumes are similar – in a manner conformant with 21st Century requirements.

(Notes: Links to the BIS Report on FX Settlement Risk document and the Group of 30’s document containing its 20 recommendations are available in the “Resources” section below)

Group of 30 – Global Clearing and Settlement, A Plan of Action:
https://group30.org/images/uploads/publications/G30_GlobalClearingSettlement.pdf

Research Reports on the Capacities of the WM System:
https://tinyurl.com/TUVresearch

Video on the Capacities of the WM System:
https://youtu.be/XYBrCikUhn8