SEOUL, Aug. 26 (Korea Bizwire) — A Seoul court on Friday approved SsangYong Motor Co.’s rehabilitation plan with “overwhelming” support from creditors and other related parties, paving the way for the carmaker to get its business back on track.

The approval, which came one month after SsangYong submitted its restructuring plan to the Seoul Bankruptcy Court, effectively green lights a local consortium’s bid to buy the debt-laden carmaker.

In June, the court picked the consortium, led by chemical-to-steel firm KG Group, as the final bidder to acquire SsangYong.

SsangYong’s creditor banks, subcontractors and shareholders have agreed on the carmaker’s proposed debt settlement plan in a meeting presided over by the court, the company said in a statement.

SsangYong expected it will be able to graduate from the court-led debt rescheduling program within this year if all the planned debt payments are completed as scheduled.

SsangYong plans to convert the remaining debt it owes to subcontractors and Mahindra into SsangYong shares in a debt-to-equity swap. 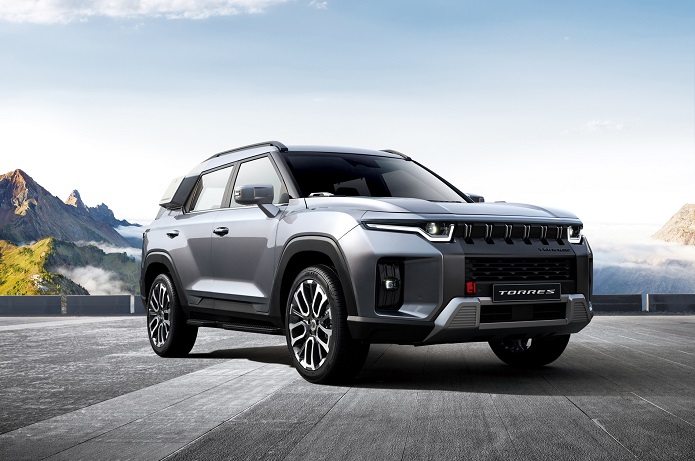 In the case of Mahindra, it will undergo two rounds of reverse stock splits — 1-for-10 and 1-for-3.6 — after completing the debt-to-equity swap. It will sharply lower Mahindra’s stake in SsangYong to a single-digit number.

The KG consortium is set to emerge as the biggest shareholder with a 61 percent stake in the SUV-focused carmaker.

The KG consortium offered the price of 335.5 billion won for SsangYong, which has been under court receivership since April 15, 2021, after Mahindra failed to attract an investor amid the COVID-19 pandemic and its worsening financial status.

The consortium recently paid all the acquisition money to SsangYong and an additional 30 billion won for the payment of debt the carmaker owes to its subcontractors.

SsangYong has undergone two rounds of court receivership in the past decade.

The China-based SAIC Motor Corp. acquired a 51 percent stake in SsangYong in 2004 but relinquished its control of the carmaker in 2009 in the wake of the global financial crisis. SsangYong was placed under the court receivership in 2009.

Trading of SsangYong shares has been suspended since Dec. 21, 2020. KPMG Samjong declined to offer its opinion for its 2021 financial report due to snowballing losses.

SsangYong has posted net losses for six consecutive years through 2021.