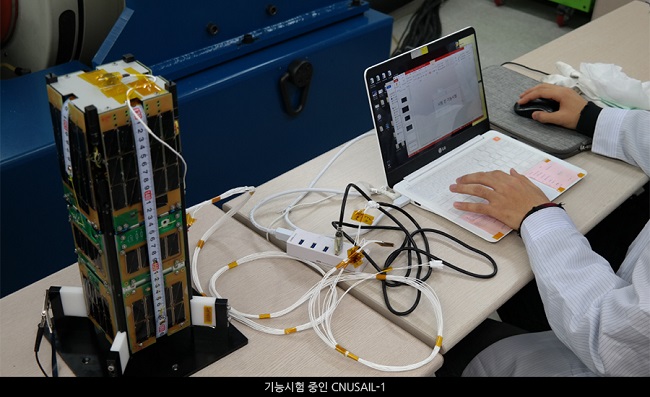 The Ministry of Science and ICT announced that five “cube” satellites were loaded onto the Indian Space Research Organization’s Polar Satellite Launch Vehicle and launched at 9:29 a.m. from the Satish Dhawan Space Centre in India.

The hexahedron-shaped micro satellites have sides 10cm long and can be stacked on top of one another.

Starting in 2012, the Ministry of Science and ICT has held a satellite-building contest for K-12 and postsecondary students every year. The satellites launched today were award winners in the 2012 and 2013 contests.

Once the machines enter into orbit, they will complete one revolution around the earth in 95 minutes at an altitude of 505.6km.

Each satellite is to perform different tasks. Tom&Jerry will test its space telescope capabilities and KAUSAT-5 will do likewise with its infrared camera. STEP Cube Lab’s mission is to assess the efficiency of its solar power system and solid propellant thruster, while the KHUSAT-03 will measure space radiation levels and the CNUSAIL-1 will trial its solar sail.

The Ministry of Science and ICT will bestow the Minister’s Award to the team whose satellite can successfully fulfill its mission for a duration of one month.

Originally, the launch date was set for December 2015. However, with American space company SpaceX running into delays, the five satellites were eventually postponed a total of eight times.

Later on in the year, the government is aiming for a June launch of the 2015 contest winning satellites. 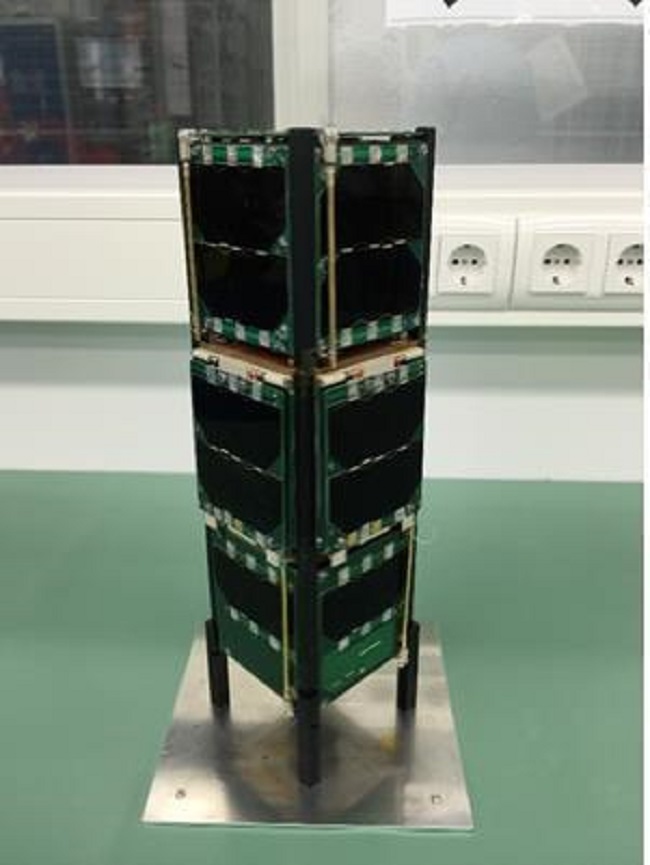 The hexahedron-shaped micro satellites have sides 10cm long and can be stacked on top of one another. (Image: Ministry of Science and ICT)