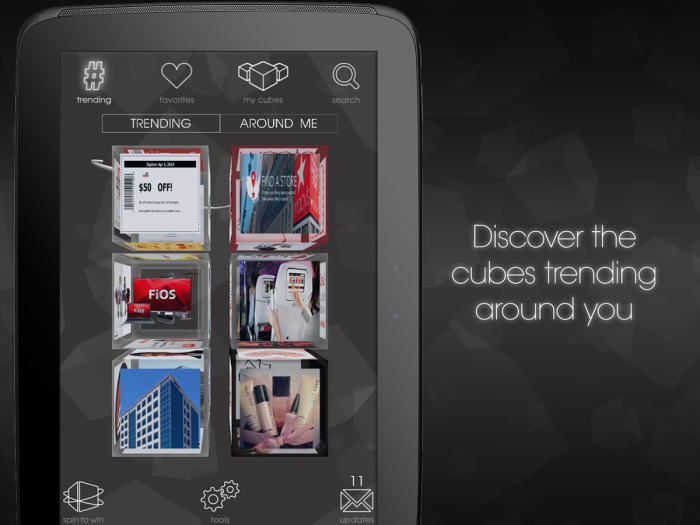 LAS VEGAS, NV, Jun. 16 (Korea Bizwire) — Cubed, Inc. (otcqb:CRPT), the first 3D mobile display cube application connecting individuals, groups, and businesses, is pleased to announce that the Cube was utilized to provide multimedia communications support to the winning campaign of Mayor Ki-dong Kim of Kwangjin-gu District, Seoul. During the nationwide municipal elections in Korea earlier this month, Cubed provided Mayor Kim’s campaign with the ability to deliver specially designed Cubes to his constituents with text messages, pictures and videos about his administration’s accomplishments over the past four years as well as convey the Mayor’s vision for the next four years.

“It was a true privilege for us to be able to support Mayor Kim’s campaign activities for re-election,” stated Doug Shinsato, Cubed Director and President of Cube’s Asian Operations. “Korea is one of the world’s leading countries in terms of smart phone ownership. The Cube is a unique multi-media communications that gave the Mayor a tool to extend his reach to his constituents on the device that they use the most. We are proud that we played even a small role in Mayor Kim’s victory, and we certainly expect the Cube to play an increasingly important role in politics and elections. It is simply perfect for this manner of expression.”

Mayor Kim, who ran as the candidate for the New Politics Alliance for Democracy (NPAD) party, faced a highly competitive campaign. He ended up winning with 53.7% of Kwangjin-gu’s vote. “The Cube,” Mayor Kim said after his victory, “Is an elite tool to communicate with people — who are the foundation of our democracy — efficiently and effectively. It made a tremendous difference.”

Cubed, Inc. is a Nevada corporation which owns and operates Intellectual Property related to the Get CUBED(TM) mobile-first platform. The Get CUBED(TM) mobile-first platform designed for social and commercial media expression, is a three-dimensional functional cube that appears on the screens of mobile device owners, allowing developers and users to present complex and contextual concepts in a clear and simple manner. The Cube is thus a canvas designed to instigate creativity and improve communication in today’s mobile-first world. Emphasizing clarity over clutter, Get CUBED provides businesses, charities, thumbloggers(TM) and other subscribers of this new mobile app with a simpler way to organize the central forms of human expression – audio, video, image and text — and then pass them along to others in a single compelling platform. This allows Cube Users to share information, market their products and services, and project their ideas, among other things, all in a manner that is vastly more compelling and concise than ever available in the mobile space before the Cube. Ultimately, GET CUBED is a cross-platform, access agnostic and ubiquitous ecosystem, adopted rather than adapted for mobile devices.

Mr. Ki-dong Kim was chosen as Mayor of Gwangjin-gu, Seoul, Korea in the 6th Nationwide Local Elections held on June 4, 2014. He was the candidate for the New Politics Alliance for Democracy (NPAD) party. His opponent was a nationally known candidate from the Saenuri Party, which currently holds Korea’s Presidency. Mayor Kim will be inaugurated on July 1st and will serve for the next four years. Prior to being elected Mayor four years ago, he served as a senior executive in Seoul City for approximately 30 years following his graduation from Korea’s most prestigious university, Seoul National University.