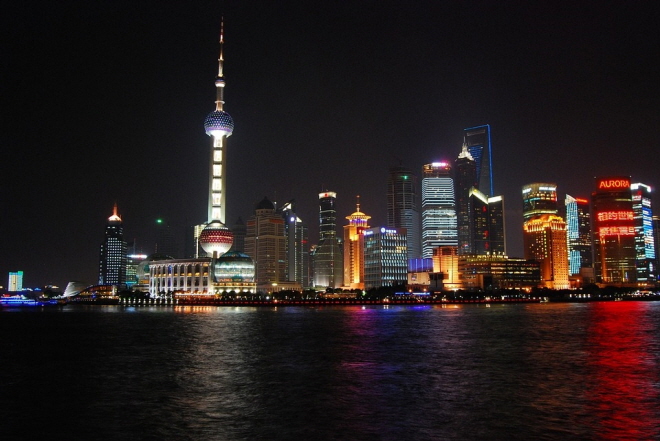 HONG KONG, CHINA, April 27 (Korea Bizwire) - The subject of whether China, which is not only the world’s second largest economy but also – thanks to decades of high and steady economic growth creating new wealth – has the second largest number of billionaires after the United States, is still an emerging economy is a matter of much debate. Recent research by The Chinese University of Hong Kong (CUHK) Business School has contributed to this discussion, arguing that the Asian economic behemoth instead needs to be placed into a new, higher category.

“We argue that a view of China as an emerging or transition economy is no longer valid. China has advanced considerably in economic terms in recent years and should no longer be seen as emerging,” said Prof. David Ahlstrom, Acting Chairman and Professor of Department of Management at CUHK Business School, in referring to his recent paper in Asia Pacific Journal of Management entitled China has emerged as an aspirant economy. “China is one of a number of upper middle-income countries seeking to move to high-income status that we define as ‘aspirant economies.’”

In coming to that conclusion, Prof. Ahlstrom, together with the co-authors of the paper, Prof. Garry Bruton and PhD student Juanyi Chen at Texas Christian University, looked at three traditional measures typically associated with emerging economies. These include low income, rapid economic growth that sometimes implies institutional instability, and a reliance on economic liberalisation as its primary engine for growth, often coupled with low-cost production.

Three Measures of an Emerging Economy

When China began its economic reforms in the late 1970s, its gross national income per capita stood at US$120, falling well below the then-international poverty line of US$1 per day. However, subsequent growth led the World Bank to begin classifying China as a lower middle-income country in 1997 and then as an upper middle-income country by 2010.

In 2017, the World Bank reported that China’s gross national income per capita hit US$8,690, putting it well outside the category of low-income economies. And the most recent data from China’s National Bureau of Statistics in early 2020 showed that China’s per capita GDP surpassed US$10,000 for the first time, continuing its steady climb.

Prof. Ahlstrom also argues that while China experienced some dramatic fluctuations in GDP growth during the earlier years of its modern economic reforms, with certain years seeing no growth while other years having over 15 percent growth, the country’s economy has recently settled into period of stable growth of about 6 percent annually.

This stability has since only been interrupted by the 1997 Asian financial crisis and 2008 global recession, and contrasts with the rapid growth experienced by countries that are traditionally still regarded as emerging but which had their growth sometimes interrupted by upheavals, inflation, or poor policies.

He notes as examples, Argentina in the 1920s, as well as Pakistan in the 1960s and Iraq in the 1960s and 1970s, all of which saw economic growth for more than a decade before being stopped by threats ranging from territorial aggression, financial crisis, over-reliance on commodities, or bad governance.

China’s initial growth spurt in the late 1970s also led to institutional instability as the country transitioned from a heavily state-controlled economy under Mao Zedong’s rule towards more free-market principles. This meant that the necessary supporting legal, financial or social infrastructure had to be built from scratch to keep up with economic reform, foreign direct investment and the flourishing entrepreneurial sector.

This is in contrast to the reasonably stable status of China’s current legal and financial institutions, especially in the light of the government’s stated policy of maintaining a harmonious society with little instability or interruption.

Finally, Prof. Ahlstrom said that compared to the aggressive move away from strict central planning during the early days of its modern economic reforms, the recent role of the state in China’s economy has stabilised or even increased under President Xi Jinping. One high profile example is the Chinese government’s effort to move the country up the value chain and become an innovator in the technology sector, which contrasts with the situation in the United States where entrepreneurs generally drive technology development.

While market liberalization drove economic growth in the early days of China’s economic reforms, the government now maintains a strong hand in directing the forward momentum of the economy, though the private sector is also quite important.

Viewed in the light of these three criteria, China no longer qualifies as an emerging economy, Prof. Ahlstrom said, adding that it was more fitting to describe the Asian national as an “aspirant” economy seeking to move from upper middle-income to high income.

Like their emerging economy counterparts, such aspirant economies would also have three defining characteristics. Namely, they are:

Other characteristics include a stable but growing economy where income still lags that of high-income countries and largely stable but evolving institutions. Prof. Ahlstrom notes in particular that legal systems in aspirant economies are typically significantly developed but the application of certain laws may still be erratic.

Based on these new criteria, other countries which may be classified as aspirant include Colombia, Romania, and Thailand. “Such countries have a dramatically different set of concerns in moving into upper income positions than do lower income or lower middle income economies such as Nigeria and Pakistan,” Prof. Ahlstrom said, adding that there is a need to focus on their needs and concerns which are different from those of emerging economies.

Particularly important for aspirant economies is their ability to overcome the middle-income trap. Prof. Ahlstrom noted that government involvement, done properly, can help improve productivity and the development of certain types of industries. This can help a country continue to boost income by developing an economy with a greater focus on technology and less on low-end manufacturing.

The study also found a significant proportion of the academic community continue to view China as an emerging economy. A survey of nine top management journals found that of the 446 articles that cited Chinese data, 28% described the country’s economic setting as emerging or transitional and many others did not classify China’s economy at all.

“Rather than thinking of China as it was 30 and 40 years ago, there is a need to move forward and look for insights that help this country and others like it move forward economically,” Prof. Ahlstrom said. “China has now become an aspirant economy that is seeking to leap over the middle-income trap that tends to affect economies in the US$12,000 to US$15,000 range of per capita income, a level that China will be approaching in this decade.”

A better understanding of China’s developmental needs in its current stage of its economic development would provide a solid foundation for other countries seeking to learn from and follow China’s experience, he said. It would also better inform challenges the country faces in improving its managerial and leadership capital as it moves towards high-income status and moves up the value chain.

Established in Hong Kong in 1963, CUHK Business School is the first business school to offer BBA, MBA and EMBA programs in the region. The School currently has about 4,400 students and the largest number of business alumni (36,000+) in Hong Kong.