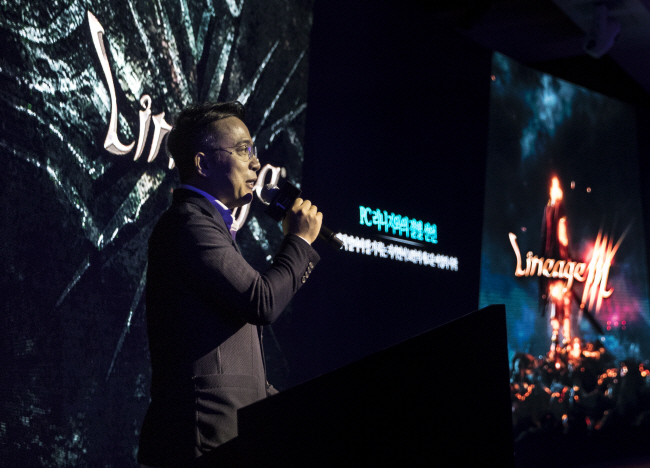 In this file photo, Kim Taek-jin, CEO of online game publisher NCSOFT Corp., gives a keynote speech in Seoul on May 15, 2018, on the anniversary of the megahit product Lineage M. (Yonhap)

The combined overseas sales in 11 culture and entertainment sectors reached about US$9.62 billion, up 9.1 percent from 2017, according to the annual content industry statistics published by the Ministry of Culture, Sports and Tourism.

The figure compares with the country’s overall export growth of 5.4 percent that year.

By volume, the gaming sector was the largest cultural exporter with $6.4 billion, followed by character IP goods with $745 million.

Imports of cultural goods were tallied at $1.22 billion, up 1.3 percent from the previous year. As a result, the trade balance in the sectors recorded a surplus of $8.4 billion.