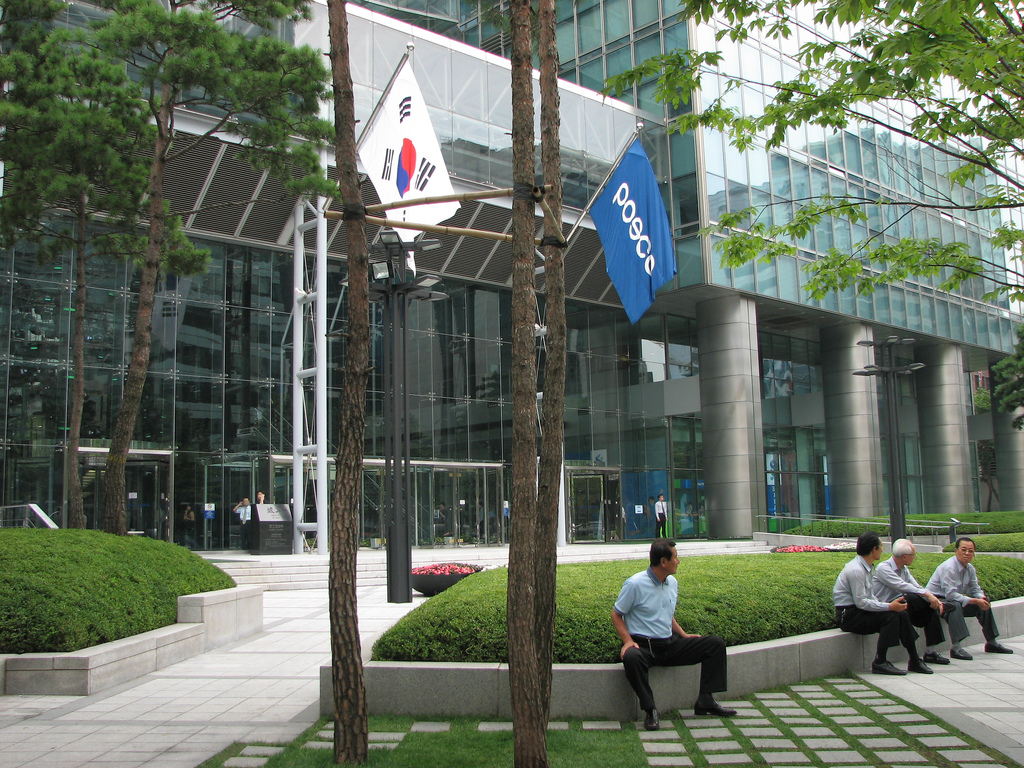 Several current and former executives of POSCO E&C and its parent steelmaker POSCO will be summoned soon for questioning over their alleged role in the creation of an overseas slush fund. (image: Ian Muttoo/flickr)

SEOUL, Mar. 16 (Korea Bizwire) — Several current and former executives of POSCO Engineering & Construction Co. (POSCO E&C) and its parent steelmaker POSCO will be summoned soon for questioning over their alleged role in the creation of an overseas slush fund, prosecutors said Monday.

Late last month, the construction arm of South Korea’s top steelmaker said an independent audit within the company found two of its executives and about a dozen workers operated a slush fund worth about 10 billion won (US$8.8 million) in Vietnam.

Prosecutors launched their own investigation last week, raiding the head office of POSCO E&C for computer hard disks and documents related to these allegations.

The Seoul Central District Prosecutors’ Office said the company allegedly exaggerated the payments to local subcontractors and later reimbursed them with rebates from 2009 to 2012.

It said the director of the Southeast Asia business unit, identified only by his surname Park, may be among the first officials to face questioning.

But first, they will focus on uncovering the exact size and use of the slush funds before calling in the higher-ups.

Some sources within the prosecution said former POSCO Chairman Chung Joon-yang has been banned from leaving the country to possibly face questioning.

Prosecutors did not rule out the possibility of expanding the probe to other POSCO affiliates either, one of which was found to have evaded taxes in 2013. The National Tax Service referred the case to the prosecution last year, though POSCO E&C says the corruption was limited to a few individuals within the company.

Last week, Prime Minister Lee Wan-koo declared an all-out war on corruption, which analysts say seems to be aimed at propping up weak public support for President Park Geun-hye’s job performance by launching an anti-graft drive against government officials and businessmen, especially those who worked for the previous Lee Myung-bak administration.