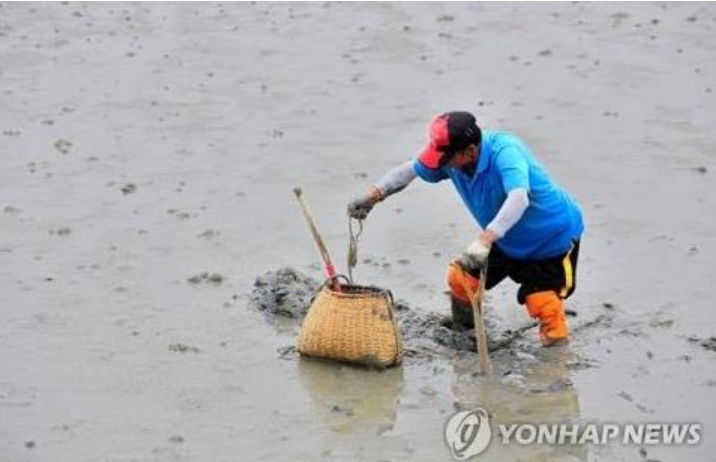 The impact of maternal care was significant. Compared to previous output, that is the number of octopus occupying the same area, the octopus population in the mud flats increased by a factor of 10. (Image courtesy of Yonhap)

SEOUL, Nov. 21 (Korea Bizwire) — Motherly love turns out to be one of the keys to the successful development of octopus aquaculture.

Releasing female octopuses full of eggs into the wide mud flats off the South Korean coast has contributed to huge improvement in octopus aquaculture, according to a report from the Institute of Ocean and Fisheries Technology (IOFT) of South Jeolla Province, in the southwest of the Korean peninsula.

Since 2014, the institute has created vast breeding grounds in the region’s mud flats — as large as 100 hectares — where over 10,000 female octopuses were released to lay eggs.

Noticeably, the survival rate of octopus offspring increased significantly due largely to the extreme effort on the part of mother octopuses to protect their hatchlings.

The impact of maternal care was significant. Compared to previous output, that is the number of octopus occupying the same area, the octopus population in the mud flats increased by a factor of 10.

In addition, a random study into the general habitat of octopuses in the mud flats revealed that the number of octopus shelters had increased significantly as well, by 4 to 10 times.

South Jeolla Province holds the lion’s share of the octopus output in South Korea. Last year, South Korea produced a total of 6,067 tons of octopus and South Jeolla accounted for 67 percent of the total, with a yield of 4,036 tons.

This tally, however, falls far short of market demand. Annual imports of octopus stands at 36,265 tons, the equivalent of $243 millon.

The institute, encouraged by the results, plans to spread the method of raising octopus aquaculture output into other areas including Suncheon, Muan, Sinan, and Hampyeong counties, well known for their octopus aquaculture fame and their uniquely Korean style octopus cuisine.