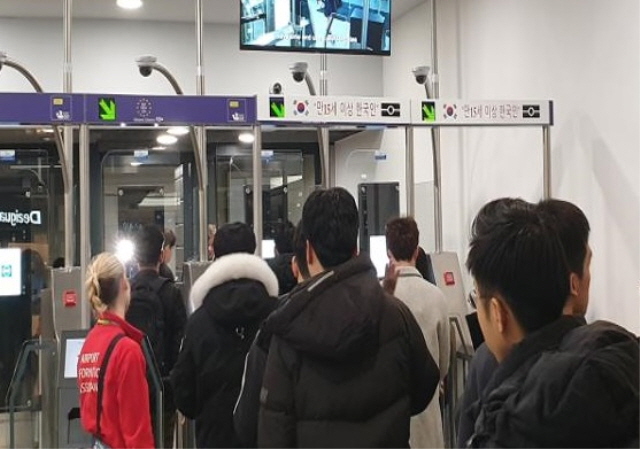 Under the program, which will begin Friday, South Koreans aged 15 or older are allowed to benefit from the speedy electronic immigration processing through three e-gates at Prague airport.

With the system, South Korean travelers are expected to see their waiting time cut by 30 minutes to one hour when they go through immigration at the Czech airport.

South Korea is the only non-European Union country whose nationals are eligible for the e-gate clearance system.

“The implementation of the e-gate clearance system goes to show the extent to which the relations between the two countries are close and the Czech Republic is friendly to South Korea,” South Korean Ambassador to the Czech Republic Moon Seoung-hyun said during a ceremony at the airport to celebrate the system’s launch.