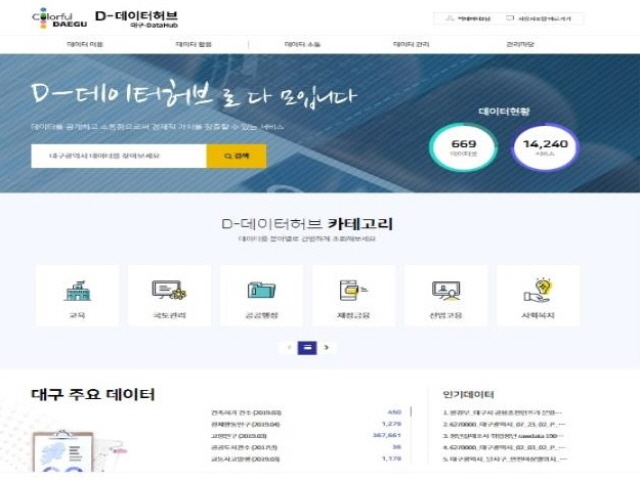 DAEGU, Aug. 20 (Korea Bizwire) — The Daegu Metropolitan Government said Monday that it will lay the foundation for data-based administrative innovation as it completes a project dubbed “Building a Big Data Integration Platform.”

Daegu was selected in May of last year for the first time in the country in the Ministry of the Interior and Safety’s “Regional Big Data Hub Project.”

It is expected that Daegu will build a foundation for data-based administration to collect, store and use data in the future.

D-Datahub, which was completed by the city government, is a project that cost 1 billion won (US$827,700), including 500 million won in state funds, and will play a key role in data administration in the future.

By using the platform, one can easily find public data with a simple keyword.

The city plans to provide data in 16 categories, including education, social welfare and culture and tourism.

If a platform is officially opened during second half of this year after collecting opinions from experts, citizens will be able to utilize it.

Daegu’s Vice Mayor Lee Sang-gil explained that the collection and opening of data, a key resource in the Fourth Industrial Revolution era, is not an option but an administrative service that is required as a necessity.