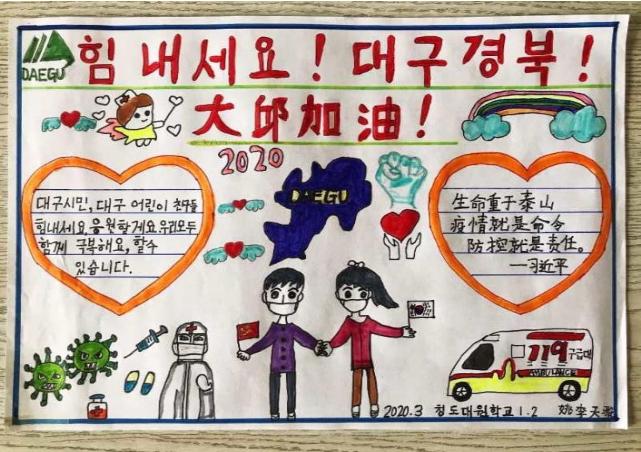 DAEGU, March 12 (Korea Bizwire) — Asian countries are sending messages of encouragement via social media to the city of Daegu, the epicenter of the coronavirus outbreak in South Korea.

A post on the official Facebook account of the Korea Tourism Organization Office in Taipei, cheering for Daegu’s quick recovery, was met by hundreds of responses from local users voicing their support for Daegu.

Some 400 comments left on the post included photos of Taiwanese travelers visiting Daegu, and hopeful messages wishing that Daegu would overcome the outbreak situation soon.

“I’ve enjoyed eating beef ribs and shopping in Dongseongno Street (Daegu’s most popular shopping district),” one Japanese comment said. “I am eager to return to Daegu as soon as the pandemic situation is over.”

Students from Qingdao Daewon School in Qingdao, China who engaged in a cultural exchange with Sangwon High School in Daegu last year sent letters of encouragement, wishing that “South Korea and China will together overcome this tough time.”