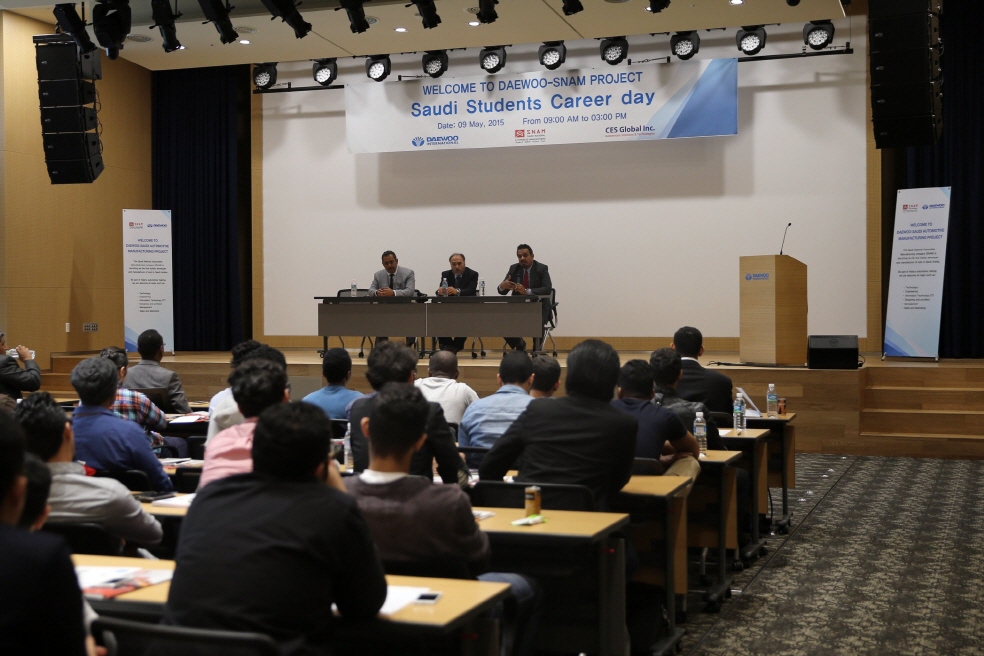 SEOUL, May 15 (Korea Bizwire) — Daewoo International held a job fair solely to recruit personnel for the establishment of a domestic auto industry in Saudi Arabia, said the company on May 14.

Saudi Arabian sovereign fund PIF (Public Investment Fund) has launched a project in an attempt to establish a domestic automobile manufacturer, and launched a sovereign automobile company known as SNAM.

On May 9, 150 Saudi Arabian university students currently studying in Korea participated in the job fair, which was jointly held by SNAM. It was the first job fair in Korea held to recruit workers that would be sent to Saudi Arabia.

It was reported that Daewoo International would be one of the three major shareholders in the project, through the purchase of a 15 percent stake in SNAM for 60 billion won (US$ 55 million).

Daewoo International is planning to participate in all phases of the production of Saudi Arabian cars.

The company said that it is in the process of finalizing terms with its Saudi Arabian counterpart.