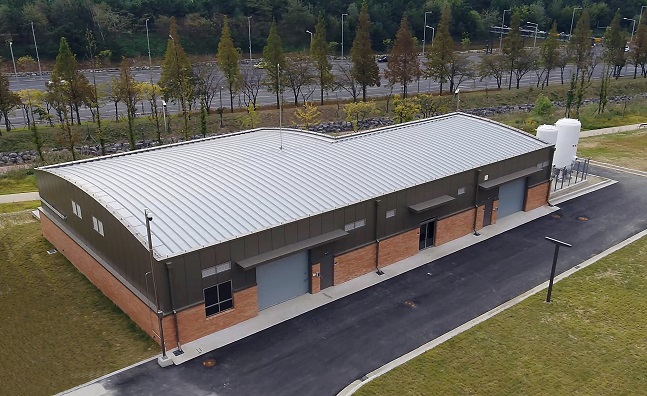 This photo provided by Daewoo Shipbuilding & Marine Engineering Co. (DSME) on June 25, 2021, shows DSME’s land-based test site for eco-friendly fuels in Siheung, 37 kilometers southwest of Seoul, which will be used to develop an energy storage system for ships.

Within the next three years, the group plans to develop a lithium battery-based ESS that will be mounted on large-scale ships to be built by local shipbuilders.

The ESS and fuel cells have emerged as alternative energy sources as environment regulations for ships by the International Maritime Organization (IMO) have been toughened.

The ESS development project was ordered by Korean Energy Technology Evaluation and Planning (KETEP), a unit under the Ministry of Trade, Industry and Energy, the company said.

Earlier, DSME developed an ESS for mid-sized submarines, teaming up with Hanwha Defense, the shipbuilder added.