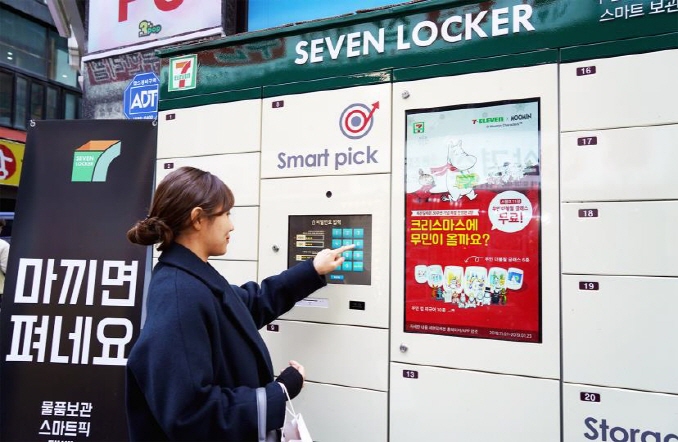 SEOUL, Nov. 25 (Korea Bizwire) — South Korea’s 7-Eleven said Sunday that it has started offering unmanned locker space services to users as part of its effort to diversify operations and generate more profits for its convenience stores.

The Seven Locker trial operations started at two stores in Seoul’s Hongdae and Jongno districts, with the local convenience store operator moving to increase the number to 10 by year’s end to better gauge customer response and growth potential.

The plan calls for 100 lockers to be placed at 7-Eleven stores across the country in the first half of 2019, with the service to be extended to all key stores going forward.

The lockers will be set up near tourist attractions and entertainment districts where there is demand for such services among locals and foreigners alike.

The convenience store chain said depending on the size of the space, storage fees will range from 2,000 won (US$1.76) to 4,000 won for a four-hour period, with users allowed to make payments using their credit cards.

“The lockers can create more profit for stores, while providing a differentiated service to our customers,” a local 7-Eleven executive said.